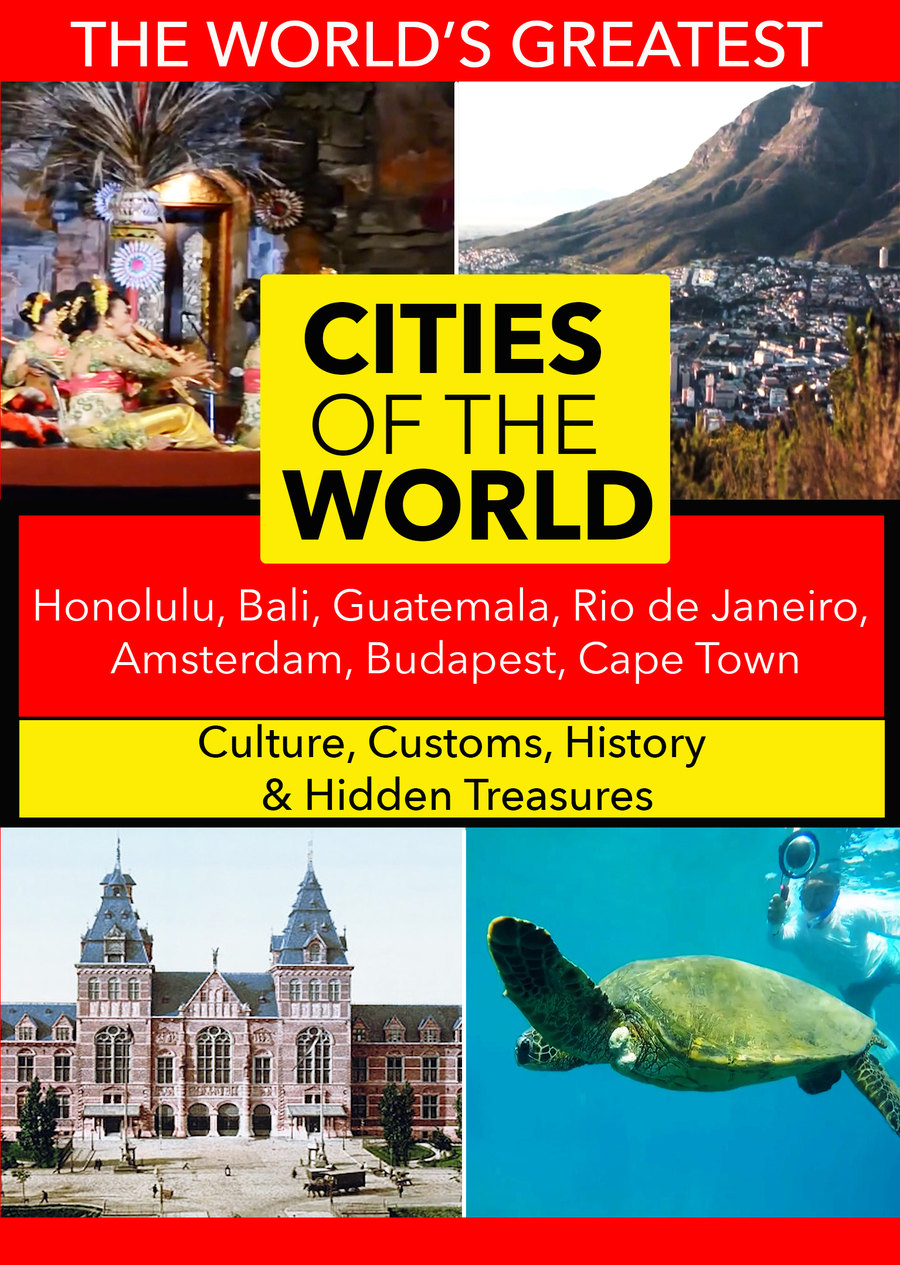 Featuring Honolulu, Bali, Guatemala, Rio de Janeiro, Amsterdam, Budapest, Cape Town. HONOLULU a journey that'll give you history, food trips, and adventure. But more than anything, Honolulu offers you nature at its best. One of the most famous is Waikiki, the beachfront neighborhood of Honolulu and the most touristy area in town. Occupying a long stretch of the coast on the south shore of Honolulu, Waikiki's got a strip of high rise hotels and resorts lining the beach. Pearl Harbor is also considered a memorial attraction in Honolulu. BALI Home to some of the warmest most welcoming people in the world, Bali. Travel the city and you're sure to be greeted with friendly smiles and accommodating locals. The people of Bali are known for being patriotic, and they would go out of their way to make tourists feel comfortable--and make sure that they get to see the best of the city. Bali is also known for its breathtaking natural resources. Picturesque rice terraces, soaring volcanoes, pristine crater lakes, sacred caves, lush tropical forests and tropical beaches, while its dramatic coastline never fails to impress. GUATEMALA Adventure awaits at Guatemala! The rain forests at Guatemala are perfect for thrill-seekers to engage in many action-packed adventures. Guatemala is in fact known for its great outdoors. Its subtropical rain forests are protected, so people can enjoy nature-friendly activities such as hiking, biking, and horse-riding. RIO DE JANIERO it's a chill, fuss-free Southern American city, where anything and everything goes. You'll get a taste of the old and the new, fast and slow, and the luxurious and the modest. It is called the Cidade Marvilhosa to its local inhabitants. The city is known for its picturesque views. AMSTERDAM The Dutch city is unique and amazing, and there's definitely so much to do. Visit the Dam Square for a dose of the city's history. You can check out the Royal Palace, the Nieuwe Kerk or New Church and the National Monument. One of the Amsterdam's specialties are its waffles. Notable museums are the Rijksmuseum, the Van Gogh Museum and the Stedelijk. BUDAPEST Considered a favorite city in Europe .It boasts of great architecture comparable to none, and lets us in on its sophisticated scene that's impossible for any other city to imitate. Visit to the city's thermal baths and cruise the Danube River. CAPE TOWN is the second largest city in South Africa, and the southernmost city of the African continent. It is home to the famous Cape of Good Hope where you'll get a thrilling glimpse of where the Atlantic meets the Indian Ocean. The city is also known for the Castle of Good Hope with its extensive William Fehr Collection of art and military memorabilia.

BACK TO: Cities of the World
PREVIOUS TITLE NEXT TITLE