How to create safe, believable, exciting fights on stage, taught by two of the most prominent fight directors in the American Theatre - David Leong and J. Allen Suddeth. A practical and visual tool for students, actors and teachers alike, that will reduce the chance of injury to students and actors! David Leong and J. Allen Suddeth have over 24 Broadway and 750 television episodes between them and are teachers at Julliard School, Rutgers, VCU and NYU. With step-by-step instruction, these award-winning Fight Directors and Master Teachers show you how to Ohit without hurtingO in a three part series of classes. Shot on a sound stage with multiple cameras, each program teaches students the techniques in great detail, while highlighting the safety elements behind the illusions. Each program teaches a staged fight scene, broken down into segments and shown in full speed and slow motion. Dozens of combat terms are explained along with on-location examples giving students a real look at completed, edited fight scene. 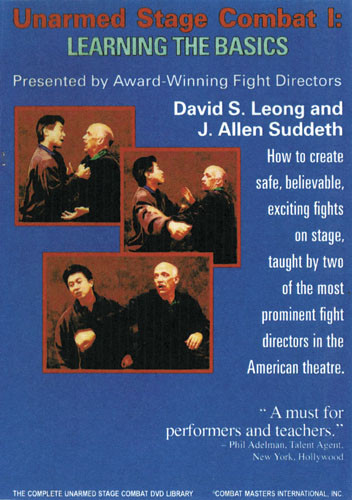 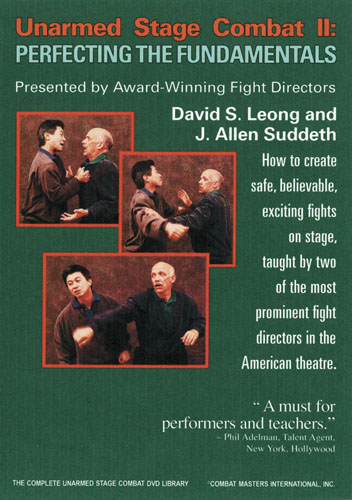 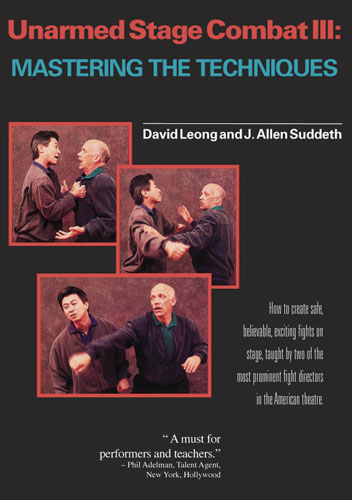 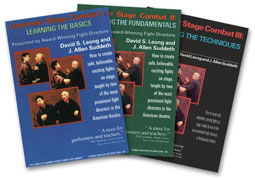