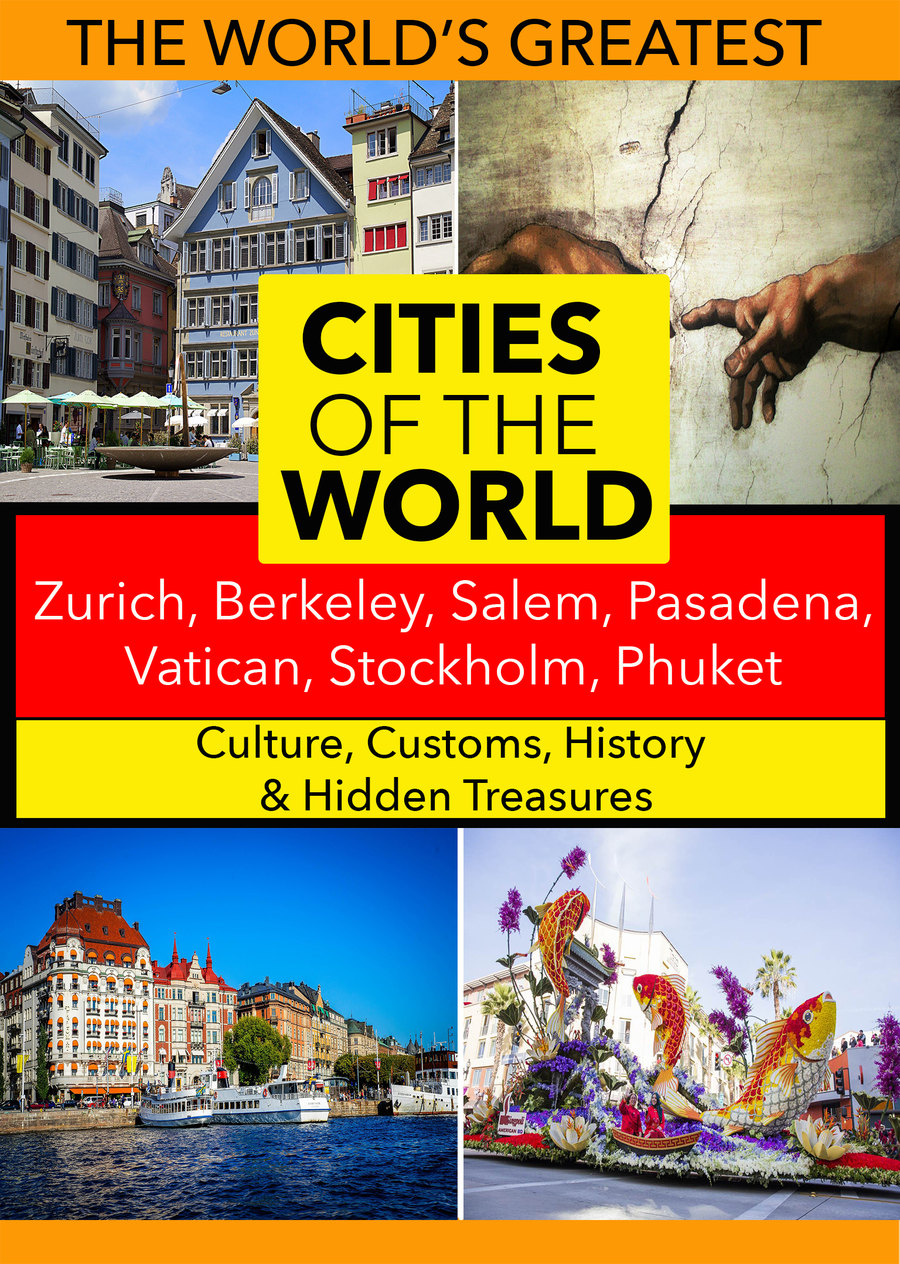 Featuring Zurich, Berkeley, Salem, Pasadena, Vatican, Stockholm, Phuket. ZURICH You can hop on a boat for a different view of the city, that is, from the bottom up.Try one of the flat boats at Limmatschifffahrt, In the popular Kunsthaus, you'll find a lot of your favorite legendary artists, the likes of Van Gogh, Monet, and Chagall. Also popular among tourists is the stroll along Niederdorf. It's got fondue restaurants and souvenir shops left and right, within the old buildings and along the narrow streets.The Zurich West is also fast becoming the heart of town. It is also often referred as the 'Kreis 5' or 'Industriequartier' by the locals. Its main attraction is called the Viadukt, where a stretch of shops, restaurants, and bars are lined. You'll also come across an urban garden, a Sunday market in summer, or a fondue tent in the winter, among other seasonal attractions, depending on your date of visit. BERKELEY Known for its world-class university, liberal politics, and cultural and culinary pursuits, Berkeley City. It is but a mid-sized city in the San Francisco Bay Area in California with much to offer. It has about only 112,000 people, but with a great presence and strong reputation. SALEM Historically, the city is known for the Infamous Witchcraft Trials of 1692, a grisly past. Salem also holds one of America's finest museums, the Peabody Essex Museum. Here, you'll see collections of maritime art, American decorative arts, and the historical and contemporary arts from China, Japan, Korea, India, Africa, North America, and the Pacific Islands. PASADENA Discover Pasadena and its unique charm. There's definitely something about this city in San Gabriel Valley that makes it attractive. The city has just got enough to offer, whether you want a packed schedule trying everything, or just chill, relax, and enjoy the city. For a dose of the city's architectural history, there's the Pasadena City Hall. You'll be amazed at its overwhelmingly tall structure, with its series of arches and domes. It's great to view from a distance, but even better up close. Walk through the rose-filled courtyard and see the Renaissance-inspired details Most popular are the John Bakewell and Arthur Brown's 1927 constructions. VATICAN Vatican City, or the Holy See. It gained independence from Italy on the 11th of February in 1929 The sovereign independent state has a population of less than 1,000, yet it is one of the most popular cities for tourists. The Holy See, which is surrounded by Rome, has been the home of the Pope since 1378, and is considered the seat of the Catholic religion. And then of course, there are the very popular Vatican Museums--which is mainly why most people fly in for a visit. There's the Sistine Chapel, which is considered the private chapel of the pope. This is also where cardinals meet to vote for a new pope. Its ceiling frescoes feature paintings by the great Michelangelo, and the biblical scenes on the wall are by several artists, including Perugino and Botticelli. The gateway to Vatican City is Saint Peter's Square and Basilica. It is built on the site that covers St. Peter's tomb. It is considered one of the largest churches in the world. Michelangelo's famous Pieta is also featured in this church. Italian masses are held here every Sunday. STOCKHOLM One of the world's most beautiful cities, Stockholm is built where the lake meets the city and on as many as 14 islands! The city's rich culture and tradition dates from up to 8 centuries back. The Capital of Sweden is captivating. Imagine walking on islands on the stream, and having an endless view of nature, everywhere you look! The sparkling blue water is quite addictive In this city, water is all encompassing. The archipelago is also known for its green spaces Perhaps it is the largest city with the most green spaces. PHUKET is the second-smallest province of Thailand and is located in the southern region. It is made of Phuket island, the country's largest, plus 32 other smaller islands off its coast. Phuket province has an area of 576 sq km or 222 sq mi. Majority of the residents in Phuket are Buddhist, but there are about 20% of Muslims in the province, too Among the Muslims, many are of Malay descent There are also residents of Chinese ancestry, making up an even larger population in the area This is due to the mass migration to Phuket in the 19th century.