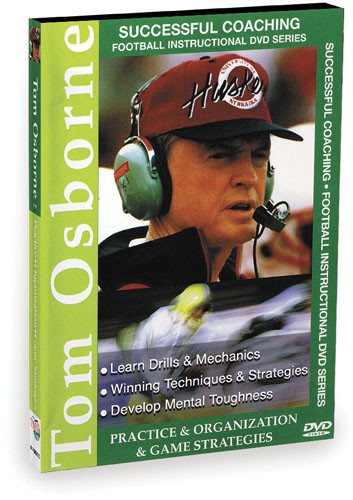 The Successful Coaching Football Series. This program teaches fundamental techniques, drills and championship philosophy. Learn how to improve your technique and learn from one of the legends of the game. Tom Osborne led the Cornhuskers program for 25 years as head coach, where he compiled a 255-49-3 mark and retired as the winningest coach in Division 1-A. His 1994, 1995 and 1997 squads won or shared the National Championship. He is recognized as one of the nations most successful coaches of time.

BACK TO: Successful Football Coaching
NEXT TITLE