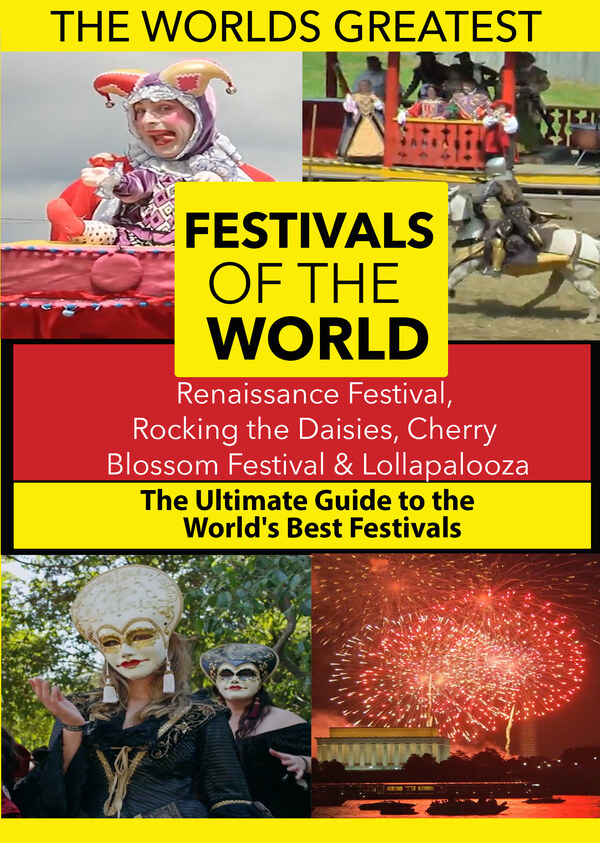 Festivals are one of the most popular ways to experience different cultures around the world. Every destination has it's own unique festival, with visitors traveling from near and far for film festivals, music festivals, food, and more. Each of these festivals has its own history, from brand new music festivals to traditions that have been going on for generations. There's more than one reason to celebrate so let's go on a journey and experience a different side of international cultures through their festivals. See how the world celebrates the arts, seasons, music, food, anniversaries, fashion or what makes their region unique. Renaissance Festival transports you back to the time of swords, horses, knights, gowns and balls. Many states and huge cities in the United States have their own Renaissance festivals and the dates are spread all throughout the year. Sziget In Hungarian, it means 'island,' and the festival's location is on the lovely island of Obudai located on the Danube River at the Hungarian capital, Budapest hence, the name Sziget. It won twice at the European Festival Awards as Best Major European Festival and is considered one of the best festivals in Europe. Cherry Blossom Festival is on March 27th and in Washington DC. The first batch of cherry blossoms were sent to the US in 1910 but President William Howard Taft had to order to burn the trees to the ground because insects and diseases infested the beautiful plants. Lollapalooza is one of the most popular music fests in the US and whenever the end of July and the beginning of August approaches, Chicago's population swells like a rubber balloon getting filled by helium for two to three days. The Lollapalooza stage is known to be a stepping stone for some of the famous artists today.