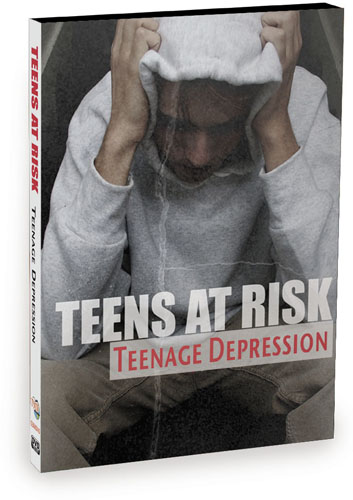 The Teens At Risk series deals with powerful and relevant issues facing teenagers today. This series reveals first-hand how young people deal with and overcome the very real challenges encountered as part of their growing up. The statistics on teen depression are sobering. Studies indicate that one in five children have some sort of mental, behavioral, or emotional problem and that one in ten of these problems are serious. Among adolescents, one in eight may suffer from depression. Of all these children and teens, a mere 30% receive any sort of intervention or treatment. The other 70% simply struggle through the pain of mental illness or emotional turmoil, doing their best to make it to adulthood. The consequences of untreated depression can range from increased incidence of depression in adulthood, involvement in the criminal justice system, or in some cases, suicide. Suicide is the third leading cause of death among young people ages 15 to 24. Even more shocking, it is the sixth leading cause of death among children ages 5 - 14. The most troubling fact is that these struggling teens often receive no counseling, therapy or medical intervention, even though the National Institute of Mental Health reports that studies show treatments of depression in children and adolescents can be effective.