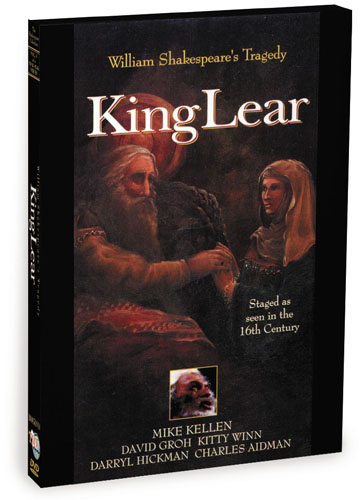 X
Please note you'll have 6 hours, 4 minutes of viewing time for this title, during the 24 hour period after your purchase.

Shakespearean Drama of the Highest Quality Performed at an authentic recreation of The Globe. With performances by world famous award winning Shakespearean actors this series has recaptured the Elizabethan flavor of Shakespeare's own Globe productions by staging them just as they were seen in the 16th century. The renowned story of mistaken love, familial deceit and murder. Lear, the aging King of Britain, has chosen to lay aside the care of the kingship and divide his kingdom between his three daughters, Goneril, Regan and Cordelia. Goneril and Regan speak before the court with expressions of love while Cordelia says she can find nothing to say. For this lack of display, she is disinherited. It later becomes evident that her love is shown in her actions, not mere words. After relinquishing his throne, Lear becomes the object of ridicule, slights and harsh treatment by the two daughters who had professed their great love. Treacher, murder and deceit ensue and Lear and Cordelia are captured and sentenced to death. Cordelia is hanged and Lear, bearing her onstage dead in his arms, collapses and dies of grief. Featuring Mike Kellen, David Groh, Kitty Winn, Darryl Hickman and Charles Hickman.