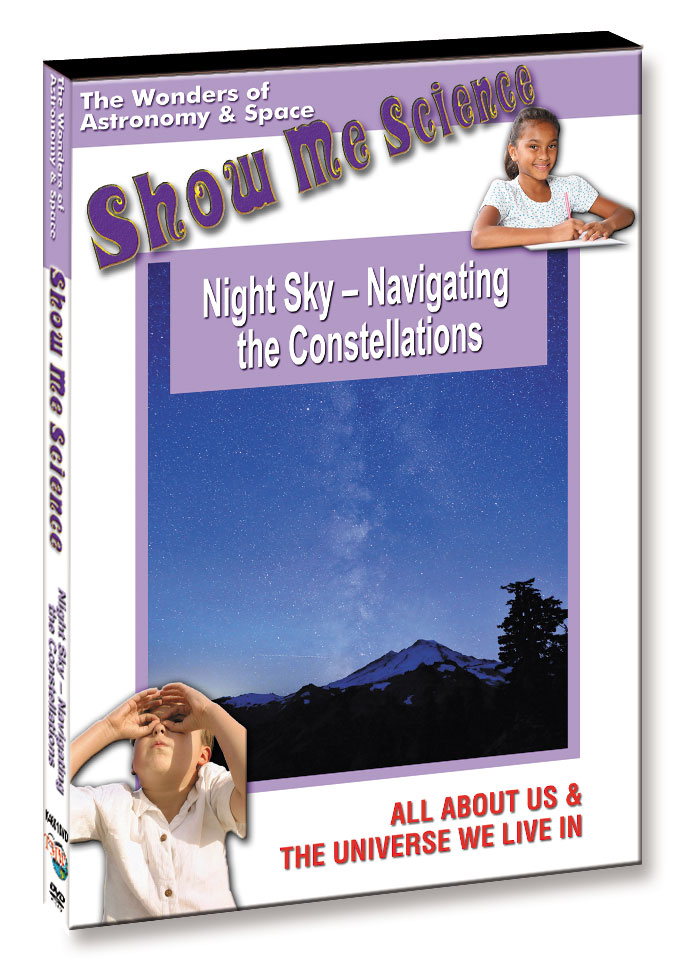 This program describes the specific patterns of stars in the night sky. In compelling, easy to understand animations, students will be able to decode the constellations and other important celestial bodies. Ancient astronomers described how constellations might appear in different seasons in various parts of the World. This program also describes how many of the constellations, such as Orion, Leo, Taurus and Sagittarius were named.

"Science teachers who teach astronomical topics as well as social studies teachers seeking quick coverage of ancient Greek contributions to science can profitably use this short but accurate program. This program explores how human beings observed, grouped into patterns, and created memorable symbols for 88 constellations; half of them named by ancient Greeks. While profiling many of the better known constellations in both Northern and Southern skies. The listener is told that these patterns look quite different when no longer on Earth; constellations move constantly across the skies and over time in relation to their component stars and other constellations, and the way the night sky looks is dependent upon one's position on the Earth's surface. These facts are illustrated in a manner similar to effects seen in planetarium shows. The spin of the Earth and the tilt of the Earth are both highlighted as to their effects on our view of the heavens as well as the seasons. The "wobble" of Polaris (North Star) over a 26,000 year cycle is also explained. At various transition points within the DVD a student voice poses questions which the narrator answers. A 2-page teacherOs guide is available on the company's website for this DVD and the other 18 in the series. Each guide includes a brief synopsis, an overview of the program, a short glossary, and questions and simple projects for students." --Dennis W. Cheek, Executive Director of the National Creativity Network, Jacksonville, Florida.