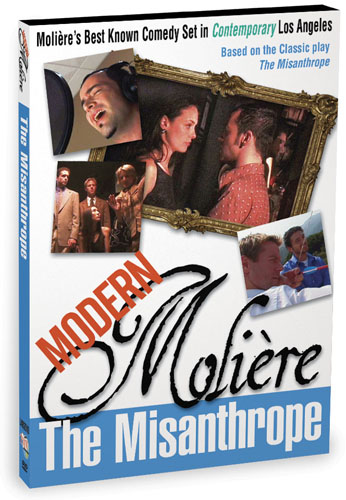 Moliere?s Best Known Comedy set in Contemporary Los Angeles. Based on the Classic Play, The Misanthrope. In this modern adaptation of Moliere?s classical comedy The Misanthrope, ageless themes of misguided love are hilariously retold. Alceste, a reclusive curmudgeon, is disenchanted with the world. He falls in love with the flirtatious Celimene, a beautiful but very shallow woman. Told in tandem with Tartuffe, The Misanthrope, Moliere's best-known work today, satirizes the hypocrisies of French aristocratic society of his time. This updated version is set in contemporary Los Angeles against the backdrop of L.A. music scene and recording industry, but the characters and moral themes are recognizably linked to Moliere's classic comedy. Written entirely in verse, the Misanthrope's meter is understandable to students and its poetic structure will be appreciated by Moliere scholars.

BACK TO: French Drama
NEXT TITLE