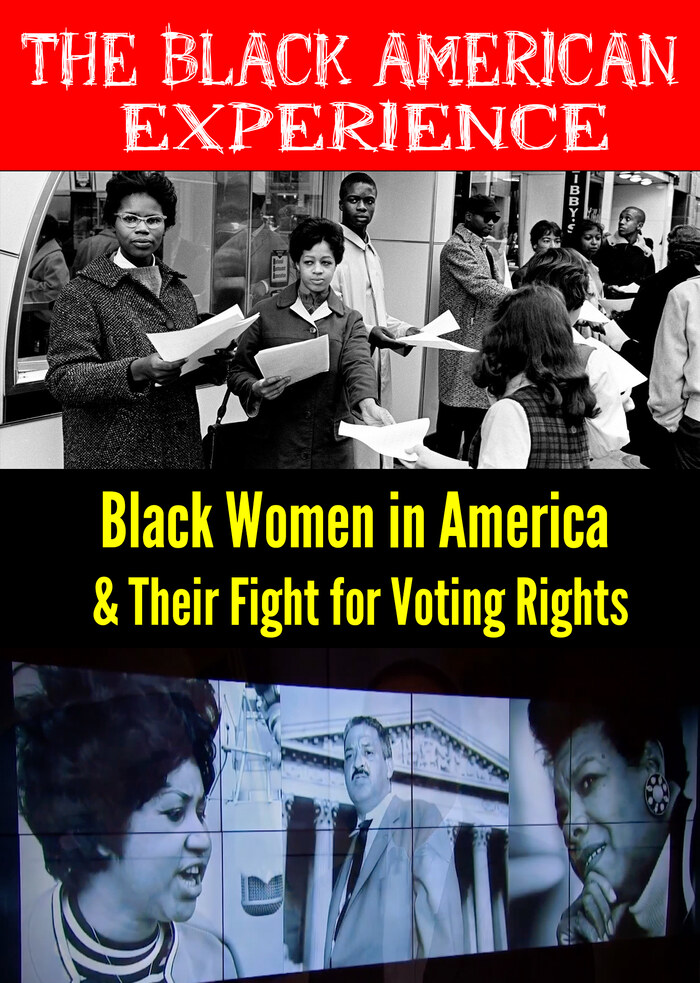 Black Women in America & Their Fight for Voting Rights

The battles for African American women fought 100 years ago-for a constitutional right and against segregationist and discriminatory Jim Crow laws in the South echo today as American women continue to work against voter suppression and for full access to the polls. During the 19th and 20th centuries, Black women played an active role in the struggle for universal suffrage. They participated in political meetings and organized political societies, as well as attend political conventions at their local churches where they planned strategies to gain the right to vote. In the late 1800s, more Black women worked for churches, newspapers, secondary schools, and colleges, which gave them a larger platform to promote their ideas. But in spite of their hard work, many people didn't listen to them. Black men and white women usually led civil rights organizations and set the agenda and often excluded Black women from their organizations and activities. Though Black women are less well remembered, they played an important role in getting the Fifteenth and Nineteenth Amendments passed.