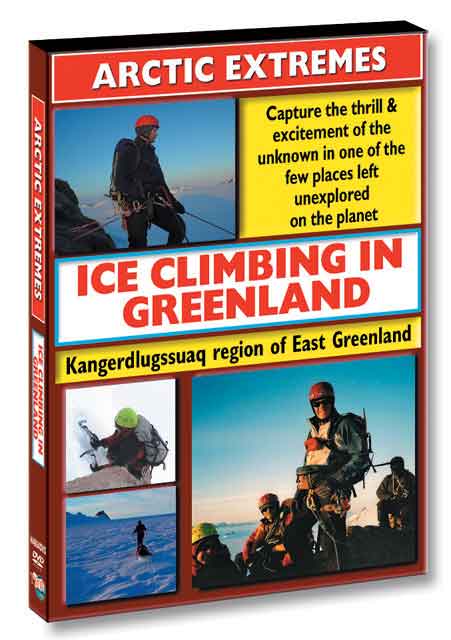 Captures the feel of how to live on the icecap and the intricacies of hauling sledges up steep ice and installing protection on the ice faces. The story captures the thrill and excitement of the unknown in one of the few places left unexplored on the planet. Journey to the Arctic and travel with Peter Clutterbuck and Paul Walker as they lead an eight person expedition to a group of unnamed, unmapped and unexplored mountain ranges near the Kangerdlugssuaq region of East Greenland. The story begins with the training and preparation for the expedition, landing on the glacier on a ski plane from Iceland and setting up base camp on the edge of the two mile thick ice-cap. The team completed eight first ascents using ice axes, ice screws and crampons mostly under the light of the midnight sun.

BACK TO: Geography
NEXT TITLE