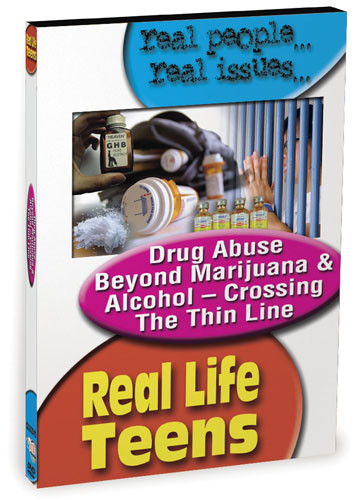 Real Life Teens is an unbiased and realistic look from the perspective of teens, at the wide variety of issues teens face today featuring young teenagers telling their real stories, in their own words. The series discusses significant issues in adolescent society and cuts through many barriers with its honest and relevant advice and information. Today's Teens are more likely to abuse prescription and over the counter medications than many illegal drugs. This is often referred to as "pharming." Abuse of these drugs to get "high" is now an entrenched behavior among today's Teen population. Along with this behavior, Teens are exposed to date rape and other powerful mind altering drugs at an alarming level. With the use of these drugs, Teens are experiencing black outs, becoming unconscious and in some cases, losing their lives. Subjects Covered Include: How do these Drugs affect the user The long term effects of Drug use GHB & Rohypnol Street names for GHB & Rohypnol The effects of Ecstasy or MDMA Abusing prescription medication Methamphetamine or "Meth" Inhalant Abuse Teens on Steroids Dangerous Drug impurities