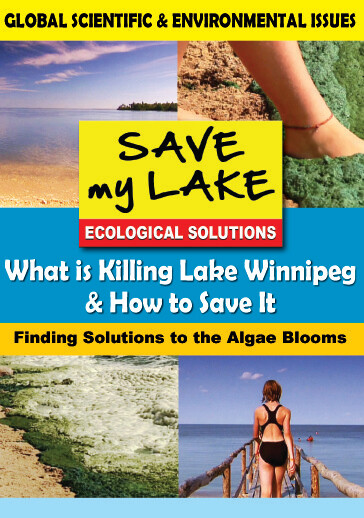 What Is Killing Lake Winnipeg & How to Save It

A fascinating documentary that shines a light on global scientific and environmental issues.Can we save one of the world's largest freshwater lakes? This program reveals how a perfect storm of agriculture, hydro practices, sewage run-off, flooding and marsh destruction have devastated Lake Winnipeg, Manitoba, Canada, the 10th largest lake in the world. Lake Winnipeg is a 25,000 square km "inland sea". It is bigger than Lake Ontario and about the same size as Lake Erie and it is in deep trouble. This once pristine lake has the worst blue-green algae problem of any major lake on the planet. In a distorted cycle that's a direct result of human activity, an excess of chemical nutrients in the lake has caused massive algae blooms. The green sludge washing up on the lake's shores threatens not only the lake's beauty, but also the natural ecosystems underlying it. If we don't intervene to restore the natural nutrient balance, one of Canada's largest lakes could choke from the bottom up. This film examines why the lake's ecology has changed so dramatically in just three decades and what needs to be done to restore the natural nutrient balance of one of Canada's largest lakes.