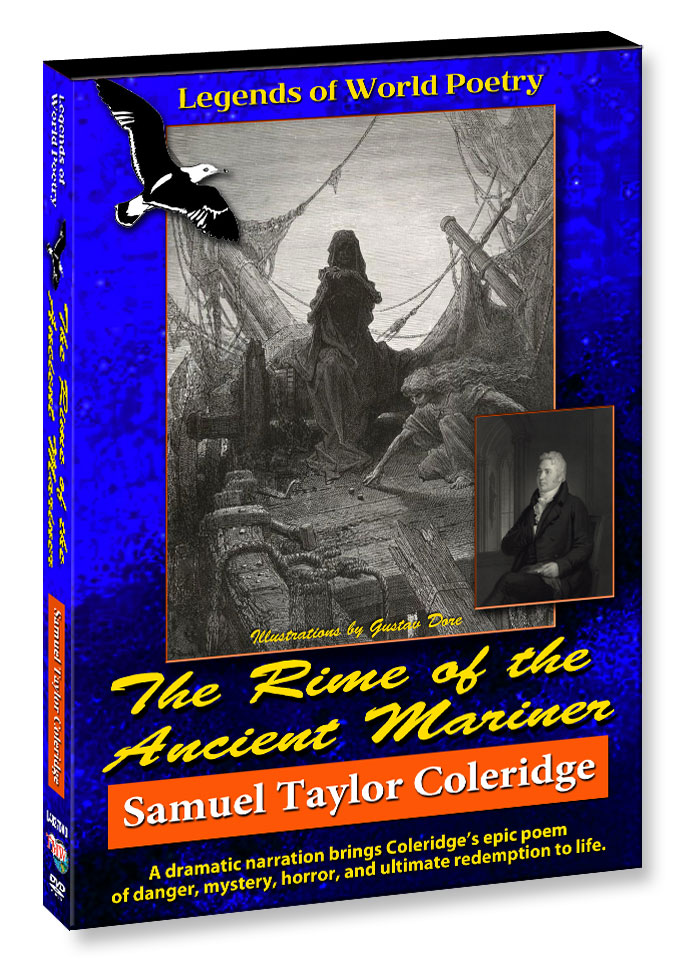 Samuel Taylor Coleridge's Rime of the Ancient Mariner tells the story of a long sea voyage fraught with danger, mystery, horror and ultimately redemption. This longest of Coleridge's poems, remains one of the most often referenced works in English literature, and in this dramatic program voice artist Bob McGraw brings Coleridge's classic poem of the sea to life using a haunting voice and the famous illustrations of Gustav Dore to tell the epic story of the Ancient Mariner. The Poem was first published in 1798 (with a later 1817 edition adding a Gloss) in Coleridge's First Edition of Lyrical Ballads. It relates the experiences of the Ancient Mariner as he goes on an extended sea voyage. He uses the device of stopping a young man on the way to attend a wedding to tell a story steeped in the lore of the sea, mythology and the superstitions and religious traditions of the times. The poet communicates the various moods of the mariner through narrative techniques such as repetition and personification to alternately invoke feelings of supernatural dread, horror, fear, awe and ultimately redemption. The accompanying (online) study guide shows how the themes used in the poem were relevant to the meaning of life during the late 18th century. You'll see how all writers, both amateur and professional, use their own life experiences, as reflected in the text of The Rime of the Ancient Mariner and how the themes exhibited in this poem are still relevant today and how the language of the poem is reflected in the language used today. Bonus: Features Captioned text of the poem displayed on the screen as the narration proceeds.