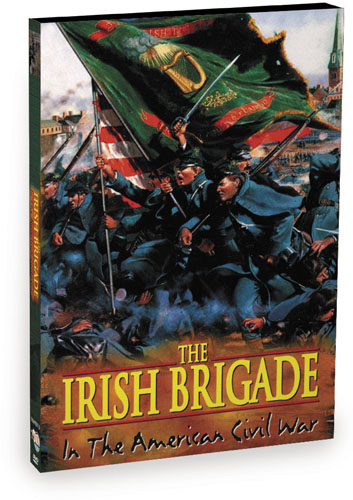 The Irish Brigade In the American Civil War

For students of American history. The new immigrant Irish were fierce and heroic warriors during the American Civil War; they fought not only for their adopted land but to prepare for the anticipated military struggle for Ireland's freedom. General Thomas Francis Meagher led them through the fray of many battles, winning for all Irish/Americans not only military but social acceptance. America was now their home. The Irish Brigade's motto; "Who never retreated from the clash of spears."

"Belongs in the video library of any history buff and every Irish American..." - Irish News. "Well narrated and produced."