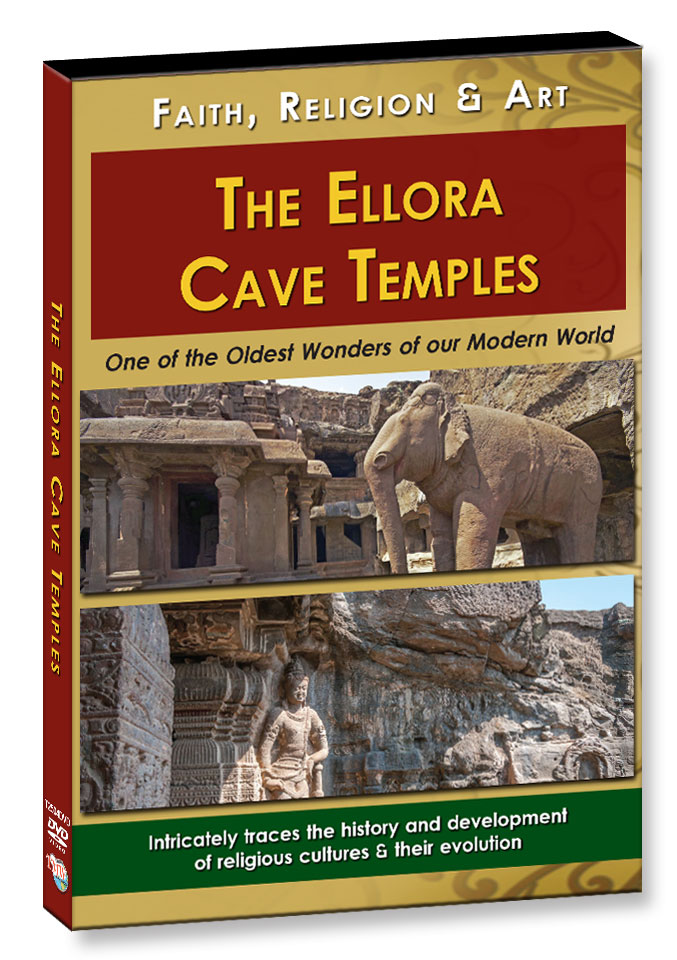 Among the many wonders of the world is the phenomenon of cutting through sheer, solid, natural rock and creating remarkable artistic structures and sculptures. The Ellora Cave Temples in Maharashtra are among the most exciting examples of human craftsmanship on natural formations. They are among the earliest Buddhist cave temples in the world. Ellora is located nearly thirty kilometres away from the city of Aurangabad in Maharashtra. The caves were excavated and carved out of the vertical, basalt face of the Charanandri hills. These basalt rocks are ideal material for the kind of architecture and craftsmanship that the Ellora represents, enabling the craftsmen to express their vision and art on rock as a permanent memorial. Besides support from traders and merchants, Ellora also received royal patronage. The star attraction of Ellora is undoubtedly Cave #16 - The Kailash Temple. It is dedicated to Lord Shiva, but pays homage to other gods as well. There are columned galleries three-storeys high, large sculpted panels and alcoves containing enormous sculptures. The Kailash temple represents many significant dimensions. It is the world's largest monolithic structure - a classic and unrivalled example of rock-cut architecture and intricate sculpture. It represents a liberating visit to the icy reaches of Mount Kailash itself, the abode of Lord Shiva. Standing within these walls, it is difficult to ignore the tremendous spiritual energy that characterized its creation, and preserved it through the warp and weft of unfolding centuries, making it one of the oldest wonders of our modern world. This program intricately traces the history and development of various religious cultures and their evolution over several hundred years.

This series showcases the architectural and scientific expertise of ancient civilizations - The Ellora Cave Temples in Maharashtra and The Kailasanatha Temple in Uttaramerur.