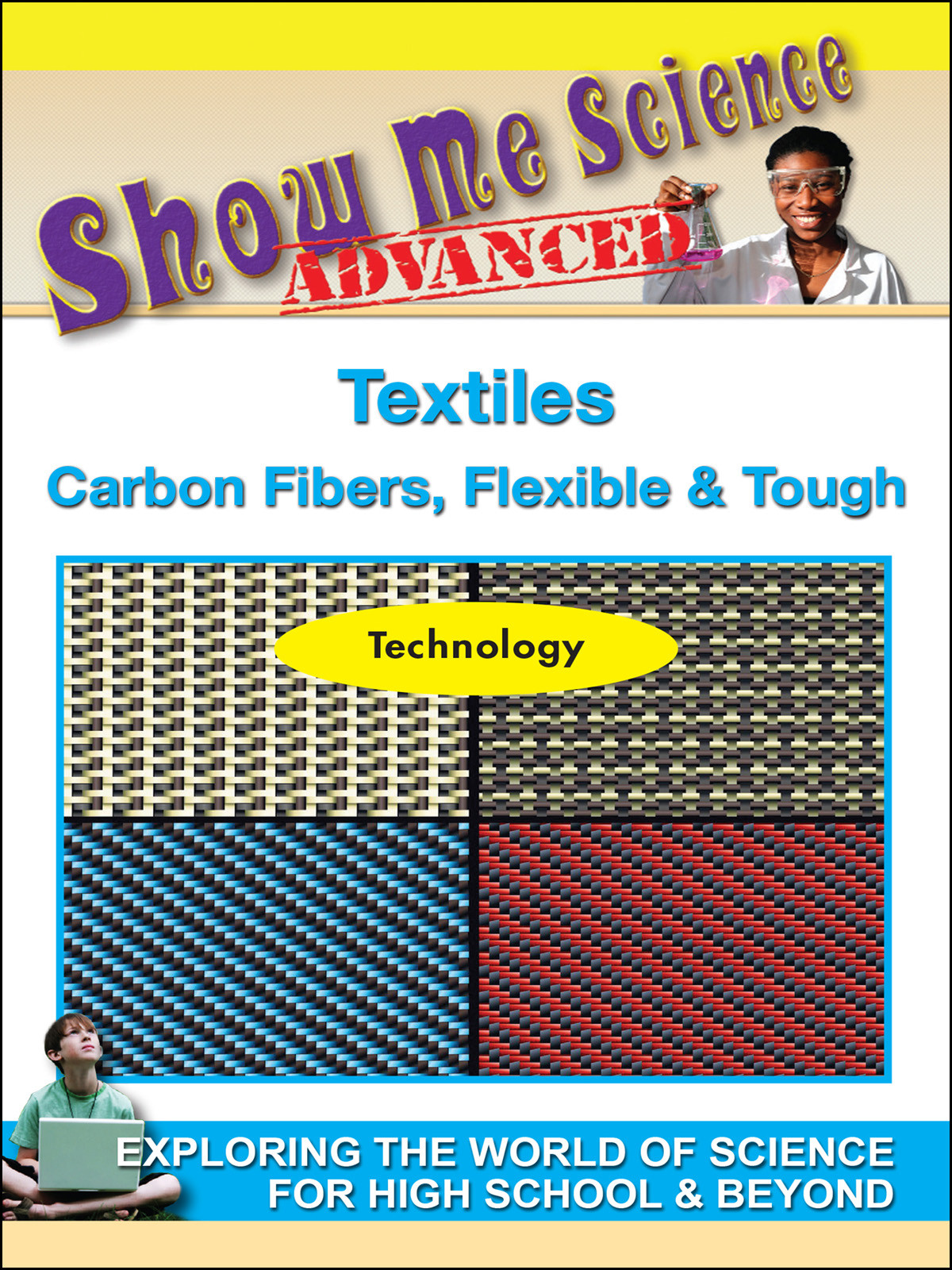 X
Please note you'll have 30 minutes of viewing time for this title, during the 24 hour period after your purchase.

Engineers are constantly developing new lightweight, durable textiles to be used in many facets of our daily lives.Manufacturers of airplanes and automobiles are increasingly turning to textiles, such as carbon fibers, to produce their new models.They rely on carbon fibers due to light weight and durable properties. For instance, the wing of an airplane might be metal, but manyof the interior parts are made of carbon fiber. Aircraft engineers combine carbon fiber with other lightweight materials to create composites which are usually 20 to 30% lighter than metal alloys. Carbon fiber threads are made up of between 1,000 and 48,000 tiny filaments. The filaments are created by oxidizing, or burning a synthetic polymer in a 2000 degree furnace, turning it into almost pure carbon. Engineers are finding uses for new high tech materials, such as QTC - a polymer embedded with millions of tiny pointed metal particles. QTC acts like a resistor, but the metal particles are so close together, that if something in the environment changes, the charge between particles increases and electrons can jump from one to another in a process called quantum tunneling. QTC is so sensitive that its resistance will alter if there are changes in sound, smell, temperature, or pressure. In future space missions, QTC might assist astronauts with fans, lights and other devices inside of their spacesuits - controlled by so called soft switches - devices that make use of the fact that QTC becomes more conductive when pressure is applied.