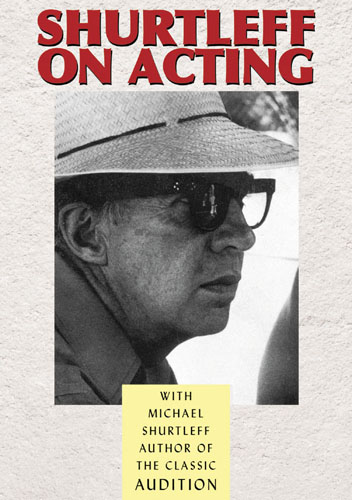 Michael Shurtleff virtually invented the position of casting director on Broadway. An unforgettable hour with the famous casting director, author and teacher. He helped launch the careers of Barbara Streisand, Robert Redford, Lily Tomlin, Dustin Hoffman, Bette Midler and many others. Join Michael Shurtleff for a dynamic series of acting workshops. Shurtleff probes relentlessly to help students find the core of each scene and how to take the emotional risks along the way. The workshop scenes are complemented by remarkable interviews with Shurtleff, Gene Hackman, Elliot Gould and others, unfolding the story of Michael Shurtleff's work with many of the luminaries of the American stage and screen. Award-winning feature director Mitchell Gabourie has made a lively, funny and passionate film that speaks to the heart of what it means to be an actor.

"I enjoyed watching this program as much as I did reading Audition. A highly instructive program about how to audition by its acknowledged authority." - Daniel Taradash, Academy Award-winning screenwriter (From Here to Eternity).