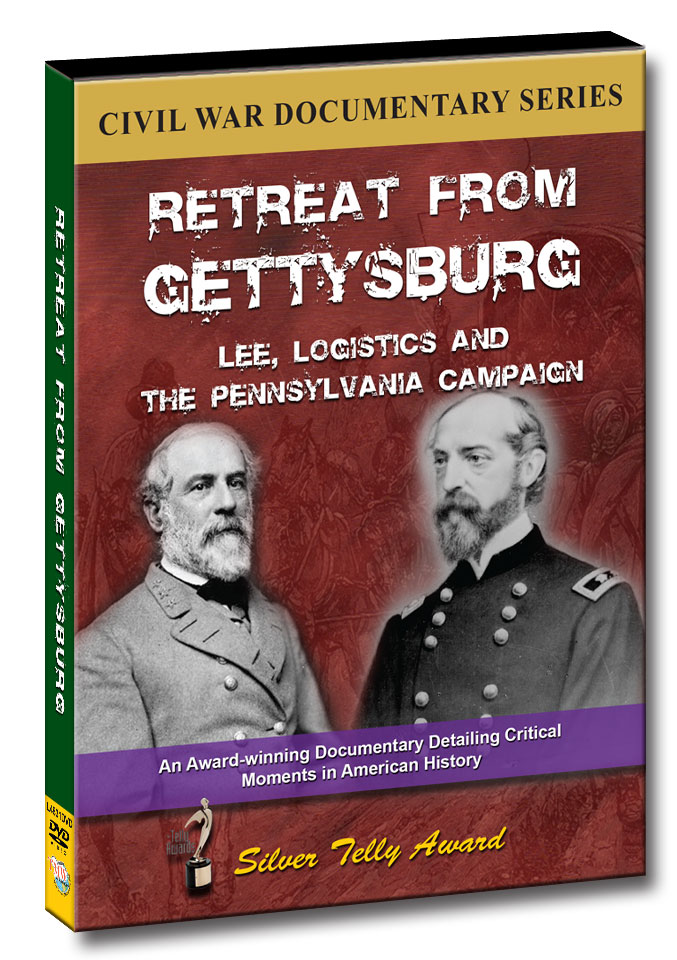 X
Please note you'll have 3 hours, 20 minutes of viewing time for this title, during the 24 hour period after your purchase.

Based upon the critically-acclaimed and award-winning book, Retreat From Gettysburg: Lee, Logistics & the Pennsylvania Campaign. This documentary takes the viewer on the very roads used by Lees Army and immense wagon trains, as well as the key sites along those roads where Lee established defenses that delayed or defeated advances by General Meades Union forces. Magnificent aerial footage of the roads, mountain passes and Potomac River crossings make this documentary unforgettable.