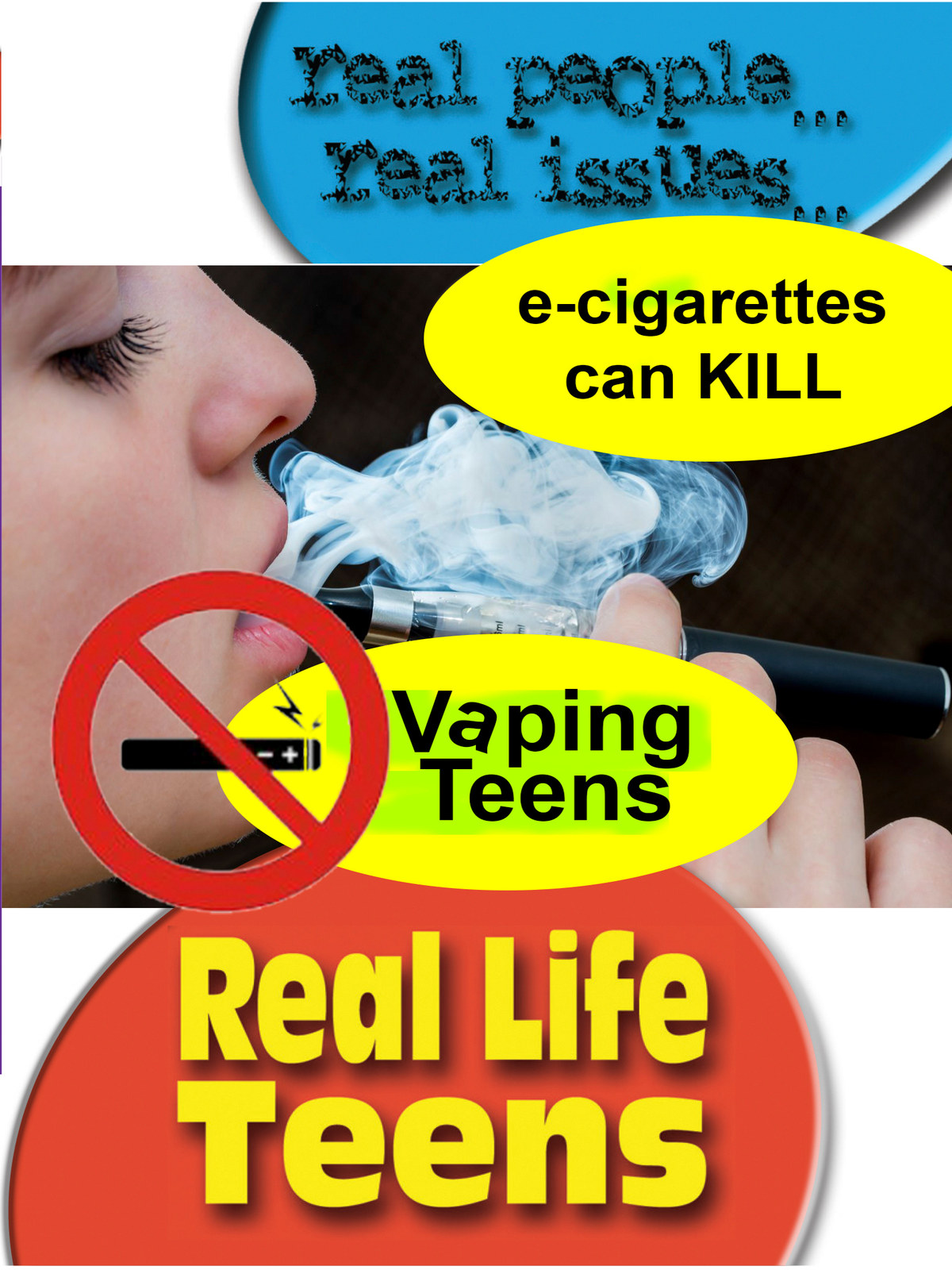 Most teens assume vaping is harmless, however it is NOT. E-cigarettes contain harmful chemicals that can KILL. The habit is putting teens at risk for serious health consequences. New research shows that nicotine might not be the only thing to blame. Reports have found that non-nicotine vaping can harm your lungs after just one use of an e-cigarette. With medical authorities investigating over 1,200 reported cases of severe lung illnesses and at least 26 deaths linked to vaping, the safety of e-cigarettes is in question. As teen vaping reaches epidemic proportions school leaders are starting the new academic year even more anxious about the "epidemic" of e-cigarettes. They are vowing to intensify prevention. E-cigarettes have been called the next generation cigarette and vaping the newest way for teens to start smoking. Studies state that 1 in 5 high school students have already tried e-cigarettes. So what makes Vaping so dangerous? The liquid solution in e-cigarettes typically contains a mix of solvents, flavorings and additives. When these chemicals are heated and inhaled, it can cause damage to the respiratory tract and blood vessels. Vaping can cause as much short-term inflammation in the lungs as regular cigarettes and the nicotine-free vapor may cause even more. Vaping can even cause acute respiratory failure. Exposure to e-juice flavoring or nicotine-free vaping contain compounds that may trigger an inflammatory response in white blood cells. They also contain mostly "nicotine", which can wreak havoc with the cardiovascular system and lead to hypertension and heart attacks. Nicotine is an addicting substance and can work as a "gateway" drug to smoking regular cigarettes. In its concentrated, potent, liquid form, nicotine is blended with a variety of flavorings, colorings, assorted chemicals and toxins to create a vapor. It's this nicotine that can cause an addiction and fuel a teens' transition from vaping to smoking. Vaping can be hard to notice since there is no cigarette smoke or smell of it. Vaping liquids can be flavored to taste like fruit or candy and are becoming the new way for users to get high - at times right under the nose of parents and teachers. Many teens are not aware of the hazards of vaping. 60% of teens believe their e-cigarettes contain just flavoring, according to the National Institute on Drug Abuse. They generally do not know that they contain harmful substances such as nicotine, lead and cancer-causing chemicals. Many vaping devices are designed to look like pens; compact, shiny and easy to disguise. These vape-pens may look like a regular pen, however the e-cigarettes deliver nicotine through this heated vapor. The vapor often contains even more particles than tobacco smoke and can cause as much short-term inflammation in the lungs as regular cigarettes and the nicotine-free vapor may cause even more. Also fueling the trend is the accessibility of oil concentrates. A vape pen creates an inhalable vapor with a small inner coil that slowly heats, creating a vapor that is inhaled. Water-soluble synthetics are easily converted into liquid concentrate that can go into the device cartridges and be vaped just like nicotine and other legal substances. It makes it nearly impossible to tell what's inside someone's vape. It could be nicotine, marijuana concentrate, or fruit-flavored or nicotine-free "e-liquid." Worst of all, it could be a deadly concoction of chemicals, known as synthetic drugs. The biggest danger may lie in the use of vaping devices. After a teen is used to nicotine in the form of an e-cigarette, they may ultimately transition to traditional cigarettes to get nicotine more easily and quickly. Vaping devices are also compatible with marijuana, cocaine, THC liquids and other drugs, making substance abuse easier, less publicly recognizable and easier for a teen to hide. This program teaches students the dangers, effects and consequences of trying e-cigarettes and why vaping can lead to smoking, other drug use and ultimately death. It explains why smoking can be detrimental to a teens future, the severe health related risks of vaping and how it can lead them down a path of addiction. Teach teens to be the example to their friends. Never start Vaping and be the advocate.