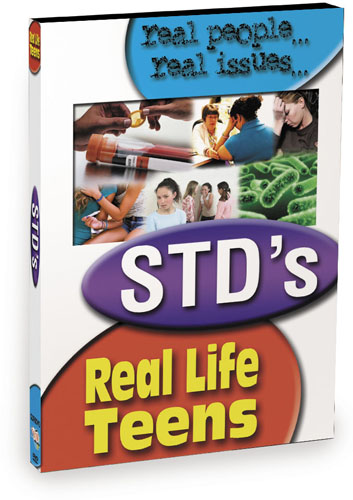 The Real Life Teens series is an unbiased and realistic look from the perspective of teens, at the wide variety of issues teens face today featuring young teenagers telling their real stories, in their own words. The series discusses significant issues in adolescent society and cuts through many barriers with its honest and relevant advice and information. A revolutionary Guidance series, Real Life Teens offers unprecedented access into the hidden teen world that's insightful, fascinating and provocative. Told from the perspective of teens, with input from teachers and school personnel, our young subjects confront the trauma and drama of coping and surviving in today's often confusing world. We all know that communicating with teens can be difficult - they often do not like to be talked to by "adults" - but they do listen to what their peer group is saying and thinking. This is the rationale behind Real Life Teens. Each program is designed to provoke thought and conversation amongst teens about topics many find unable to voice & to show students their particular issue is shared by many others. This ground-breaking series should be part of every school's resources as well as Libraries, peer support groups, teen clubs, mental health and social service agencies and media resource centers. The Centers for Disease Control & Prevention (CDC) reported last year that one in four teenage girls had contracted a sexually transmitted disease (STD). Sexually transmitted diseases (also known as STDs - or STIs for "sexually transmitted infections") are infectious diseases that spread from person to person through intimate contact. STDs can affect guys and girls of all ages and backgrounds who are having sex - it doesn't matter if they're rich or poor. Unfortunately, STDs have become common among teens. Because teens are more at risk for getting some STDs, it's important to learn what they can do to protect themselves. As with many other diseases, prevention is key. It's much easier to prevent STDs than to treat them. The only way to completely prevent STDs is to abstain from all types of sexual contact. Features Robert H. Shaw M.D. graduate of Albert Einstein College of Medicine, New York. Dr. Shaw is the director of the Sexually Transmitted Disease Diagnostic and Treatment Center in Los Angeles, California. Subjects Covered Include: What are STDs?, Types of STDs? How are STDs Spread?, Preventing & Treating STDs, Who Can Get HIV?, Hepatitis B - how is it spread?