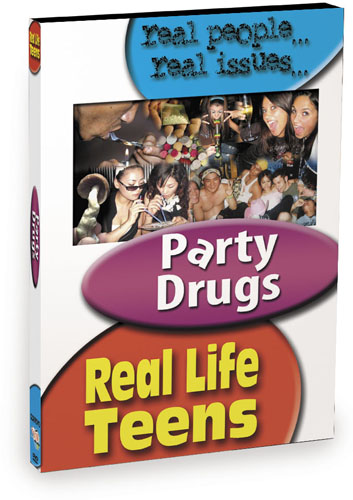 The Real Life Teens series is an unbiased and realistic look from the perspective of teens, at the wide variety of issues teens face today featuring young teenagers telling their real stories, in their own words. The series discusses significant issues in adolescent society and cuts through many barriers with its honest and relevant advice and information. A revolutionary Guidance series, Real Life Teens offers unprecedented access into the hidden teen world that's insightful, fascinating and provocative. Told from the perspective of teens, with input from teachers and school personnel, our young subjects confront the trauma and drama of coping and surviving in today's often confusing world. We all know that communicating with teens can be difficult - they often do not like to be talked to by "adults" - but they do listen to what their peer group is saying and thinking. This is the rationale behind Real Life Teens. Each program is designed to provoke thought and conversation amongst teens about topics many find unable to voice & to show students their particular issue is shared by many others. This ground-breaking series should be part of every school's resources as well as Libraries, peer support groups, teen clubs, mental health and social service agencies and media resource centers. Graduation from middle school to high school is a critical point for most teens and where the risk of alcohol and drug abuse rises dramatically. Many studies show that 14-year-olds are four times more likely to be offered prescription drugs and three times more likely to be offered Ecstasy or marijuana than 13-year-olds. Older teens are far more likely to encounter alcohol and drugs at parties even when parents are supervising. Raves, nightclubs, bars, dances and parties are places young people go for fun and good times. But today's "fun places" often carry an added dimension of danger. The use of Ecstasy, Roofies, Georgia Home Boy and Special K are all street names for club drugs that teenager's are using at raves and parties to get high. Prescription pills have also become popular among teens because they are easy to get and represent a more socially acceptable way of getting high than taking street drugs. Some teens, are self-medicating undiagnosed depression or anxiety, while others are using stimulants to try to get an edge on tests and studying. Subjects Covered Include: What is Ecstasy?, What are club drugs?, What is a synthetic drug? Why are prescription pills just as dangerous as illegal drugs?, Where are teen abusers of prescription drugs sharing "recipes" for getting high? Do some teens self-medicate undiagnosed depression or anxiety with prescription drugs?