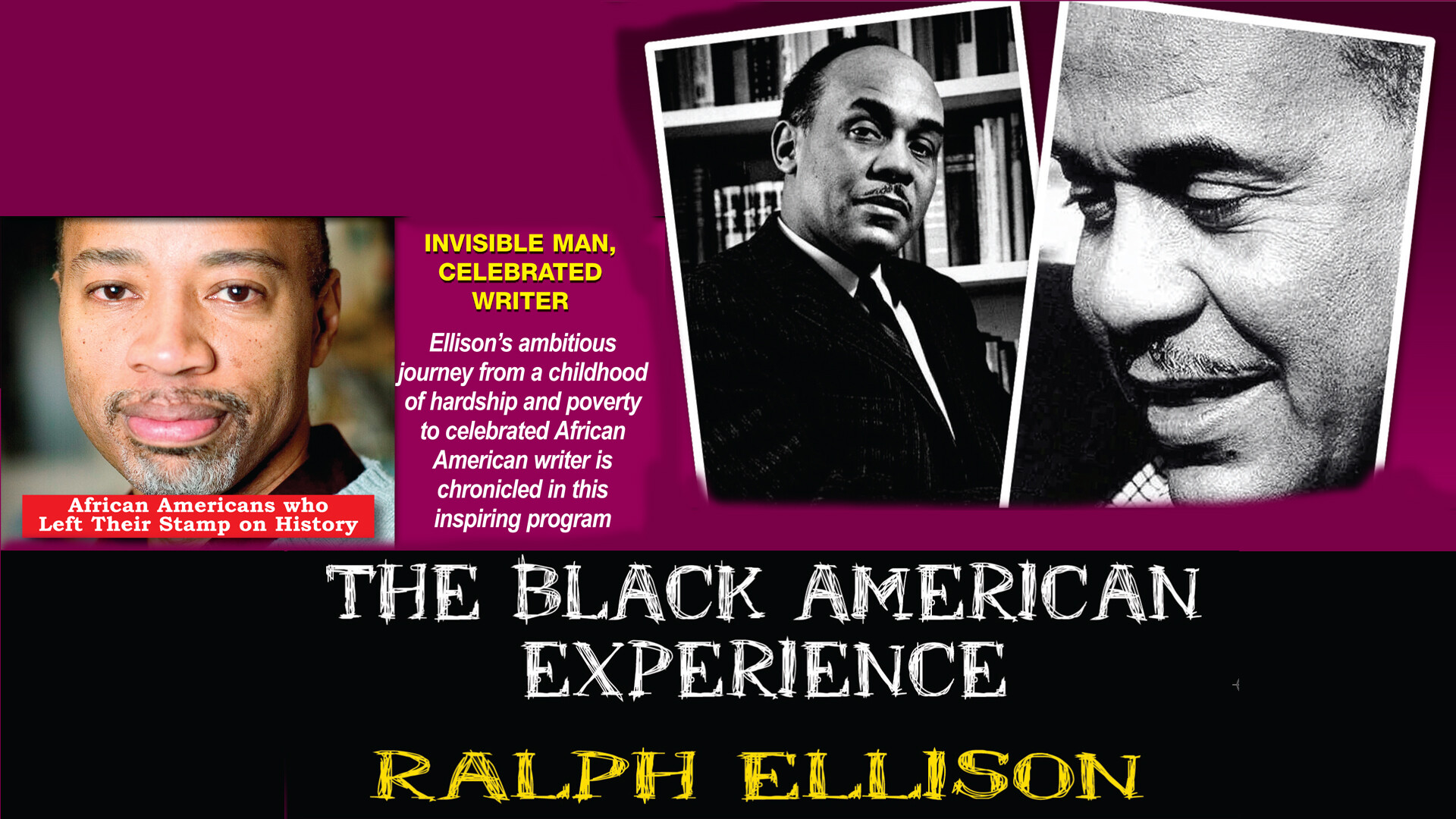 X
Please note you'll have 38 minutes of viewing time for this title, during the 24 hour period after your purchase.

INVISIBLE MAN, CELEBRATED WRITER. RALPH ELLISON was an African-American writer and essayist, who's only novel INVISIBLE MAN (1953) gained a wide critical success. Ellison's ambitious journey from a childhood of hardship and poverty to celebrated African American writer is chronicled in this inspiring program through exclusive interviews and personal recollection. Invisible Man (1952) addresses issues pertinent to Black society and identity in the 1950's by using the protagonist's desire and determination to be visible as a metaphor for the entire African American community's struggle to be recognized in a world of prejudice and hostility. He remarked that "Literature is Colorblind", using racial issues as a means to express the universal dilemmas of identity and self-discovery. Despite the social and political boundaries in place during the 1950's for a black man with no formal education, Ellison has been compared to such writers as Melville and Hawthorne. Talented in many fields, Ellison also was an accomplished jazz trumpeter and a free-lance photographer. Ellison lectured widely at various American colleges and universities, including Columbia, Yale, Chicago, and New York University. Among Ellison's several awards are the Medal of Freedom (1969), Chevalier de l'Ordre des Artes et Lettres (1970) and 1985 National Medal of Arts. Bonus Material: Each program includes 24 minutes of Bonus material.

Ellison's ambitious journey from a childhood of hardship and poverty to celebrated African American writer is chronicled in this inspiring program.