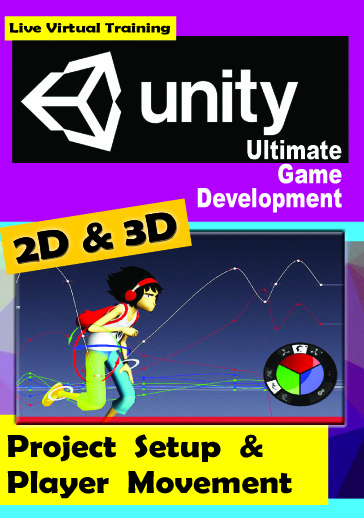 In this section, users will learn how to install Unity and learn the basics of where things are. It will also teach the various methods in which to move characters within a game. Learning chapters include: Installing Unity & quick overview, Setting up project folders, Choosing an IDE (Script Editor), Scaffolding our Character Controller script, Update vs Fixed Update, Get Player Input & Handle Player Input, Adding terrain & player objects, Methods we can use to move our character, Understanding Rigid-bodies, Understanding Ray-casts.