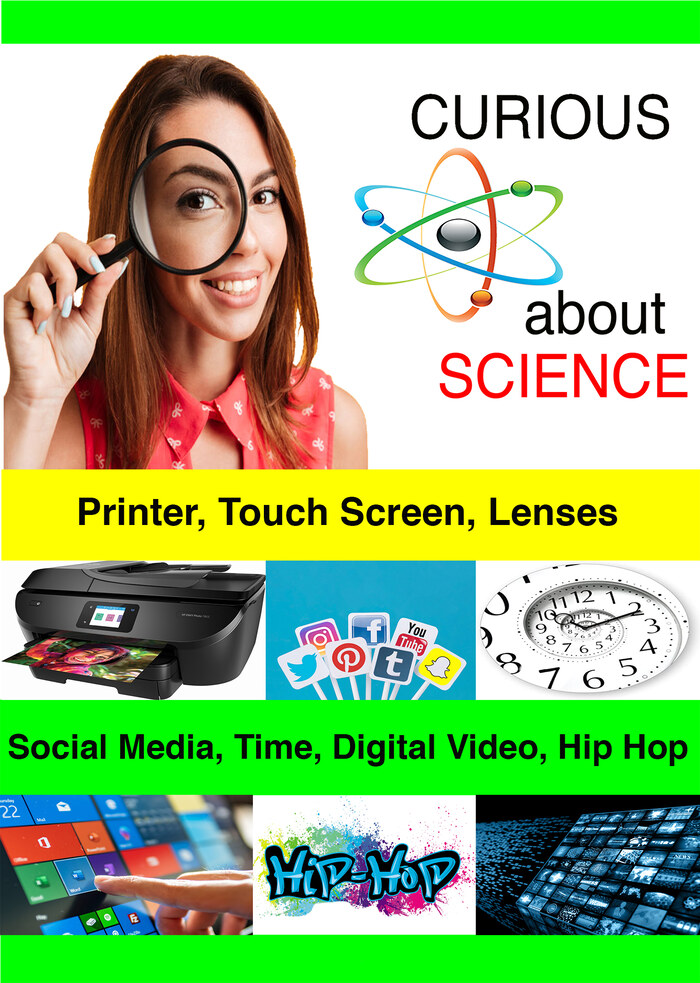 Printer, Touch Screen, Lenses, Social Media, Time, Digital Video, Hip Hop. Find out about the inner workings and origins of the things that pique your curiosity. Printer: A printer is a computer peripheral or accessory that is used to make graphical representations of text and other graphics to a physical medium such as paper. Touch Screen: Touch screens are input devices to the minicomputers that we have in our pockets. And it's not just in our phones, touch screens are also used in banks, hospitals, videogames, and even in election machines. Lenses: The term lens comes from the word lentil, the food grain. It was named because a lentil viewed from the side resembled a lens. Lenses are made from transparent materials like glass. Social Media: Social Media is a catch all term for an internet based digital multimedia. Time: Time is a concept. Time is the continuous progression of existence and events. Digital Video: Digital Camera recorders or camcorders came as a progression from the film cameras of yesterday. Hip Hop: Hip Hop can trace its roots to a subcultural movement from the 1970s African American and Latino street culture of New York.