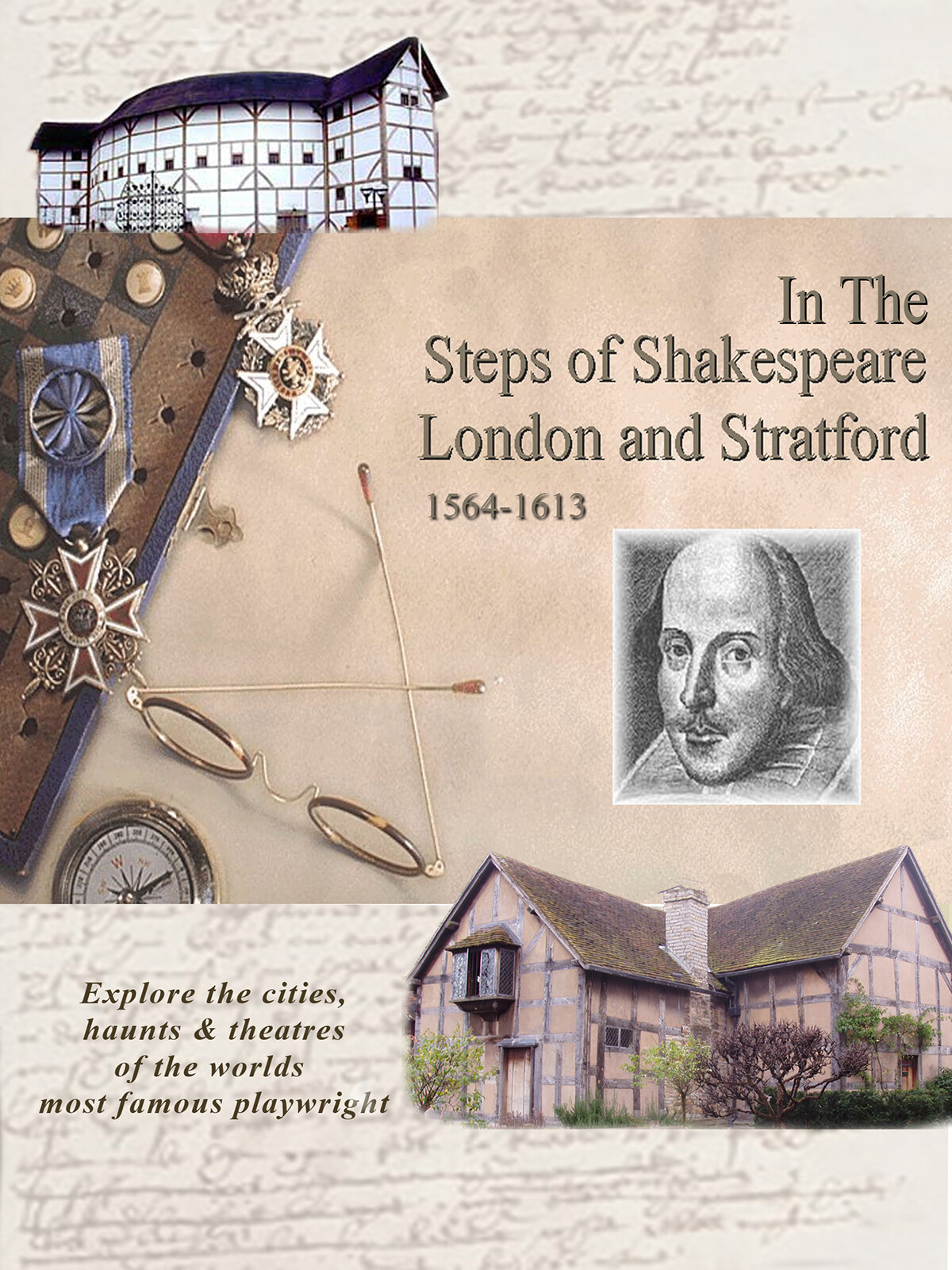 In The Steps of William Shakespeare London & Stratford 1564 1613

Discover the kinds of plays performed at Stratford in Shakespeare's youth along with an introduction to the Royal Shakespeare Theatre. Shakespeare's London Years 1591-1613: Our British presenter, Rebecca Flynn, offers us a horseback journey into London and a walking tour over a dozen London sites that conjure up the presence of William Shakespeare during his London years. This program follows the trail and visits eighteen major sites associated with Shakespeare and his plays which include - the Tower of London; St. Paul's Cathedral; the Middle Temple for law students; George Tavern, a venue for outdoor plays; Southwark Cathedral, where his brother Edmund Shakespeare is buried; and the London Globe Theatre site. Shakespeare's Stratford Years 1564-1590: This Program conjures up the presence of William Shakespeare during his Stratford years by taking you on a walking, biking, and rowing journey around Warwickshire. It features the baptismal font and tomb at Trinity church, Shakespeare's Birthplace, the King Edward VI Grammar School he attended, Anne Hathaway's Cottage, Shottery, Wilmcote, Kenilworth Castle, the Mary Arden Farm, and many other important locations.