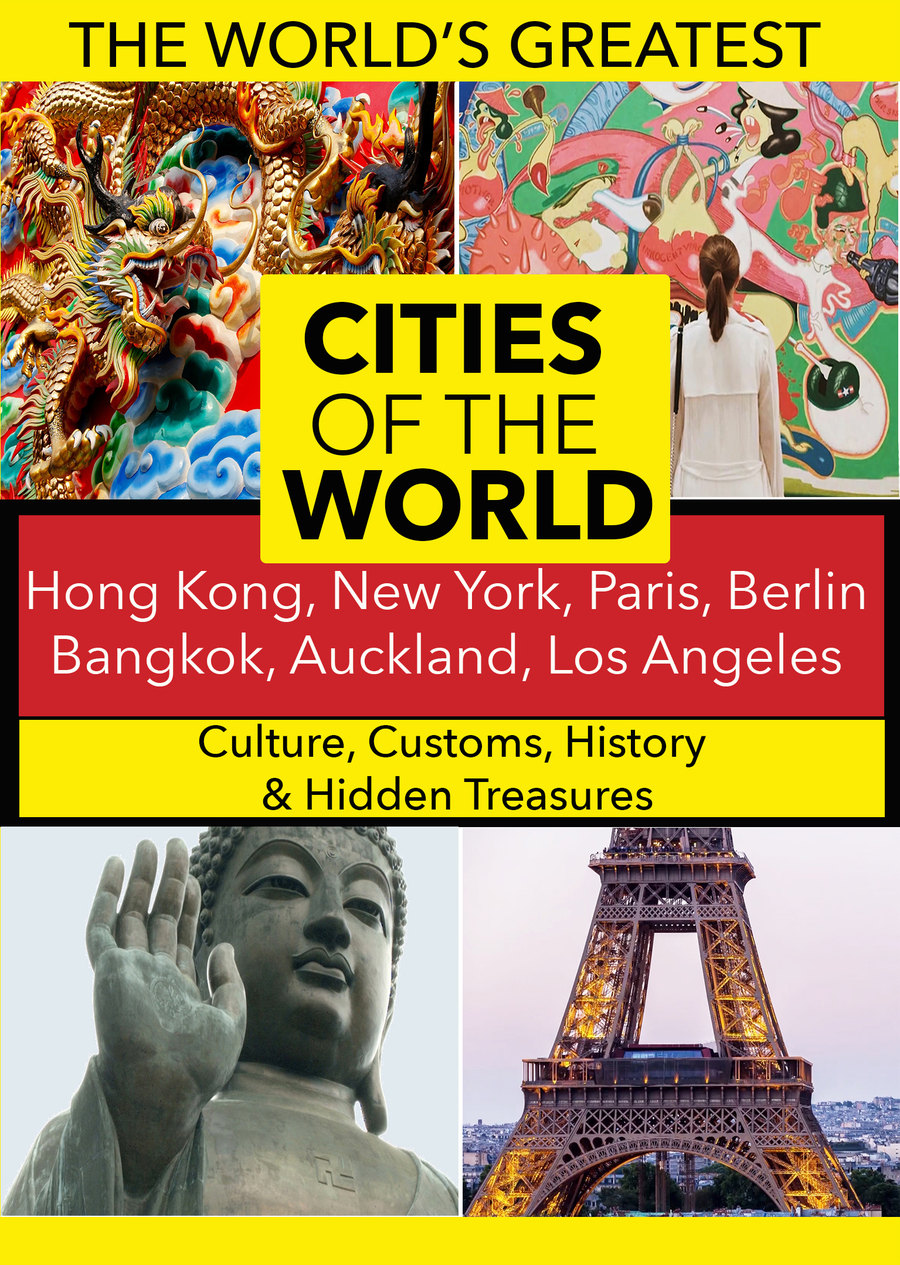 Featuring Hong Kong, New York, Paris, Bangkok, Auckland, Berlin, Los Angeles. HONG KONG Situated in the eastern region of China's Pearl River is Hong Kong. Its name roughly translates to fragrant harbor, as the city's natural geographic features make it an ideal water port. Hong Kong greatly embodies the Chinese Concept of Yin and Yang, a balance of contrasting features. NEW YORK The Big Apple, the city that never sleeps, the most exciting in the world--New York, New York. The most popular site is the Central Park, which transforms into a beautiful golden red in October. The Grand Central Terminal is known for its stunning, historical feats, from its near destruction and restoration. The beauty of this famous Beaux Arts building is certainly a must-see. PARIS The world's most romantic city. People love it for its culture, fashion, architecture, and food, and is considered the dream destination of many. BANGKOK It's the City of Angels and the Venice of the East, Bangkok is the world's most visited city and also the most developed in Southeast Asia. Thailand's capital city brings hundreds of thousands of visitors from all over the world, each year. AUCKLAND is known as the city of many lovers, according to its M?ori name, T?maki Makaurau, as those lovers wanted the place so badly that they fought over it for centuries. A geographically-blessed city, the New Zealand capital has the appeal of a small town and the style of a modern metropolis. BERLIN The German capital features a cultural scene and unique lifestyle that's both fast-paced and relaxed. Also known as the hipster city of Europe, Berlin keeps alive with its alternative cultures and styles. LOS ANGELES The entertainment capital of the world, Los Angeles. The cultural hub boasts of more than 300 museums and tourist attractions, and yes, great weather.

Your first class ticket to the cities of the world. This series features large and small cities from around the world to reveal their icons, culture, tourist and hidden highlights with information about local customs, the cities personality and history.