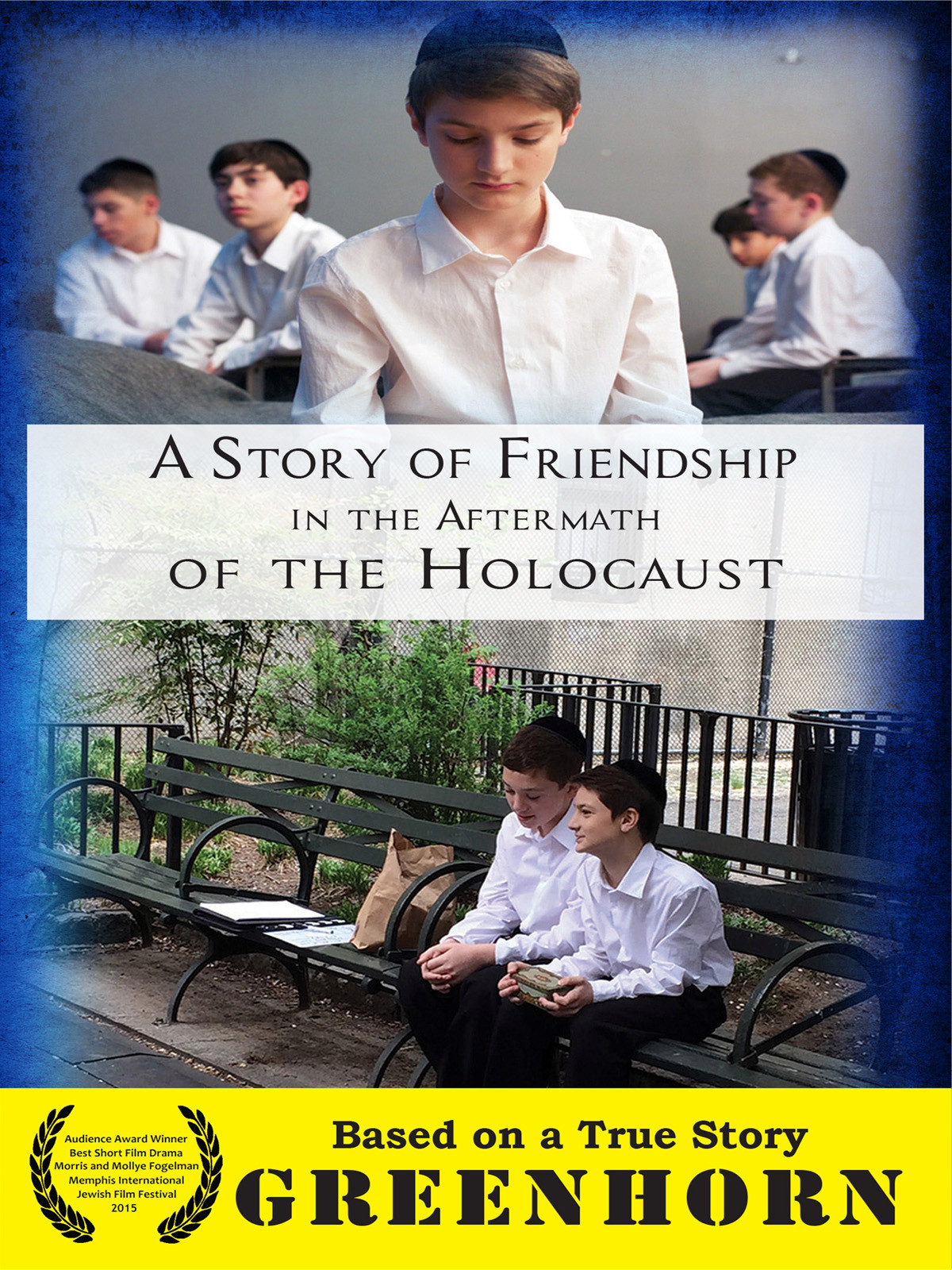 Greenhorn - A Story of Friendship in the Aftermath of the Holocaust

Greenhorn is a powerful film that gives human dimension to the Holocaust. It poignantly underscores our flawed humanity and speaks to the healing value of friendship. Greenhorn, adapted from the children's novel of the same name, is based on the true story of an 11-year old Holocaust survivor named Daniel who arrives at a Brooklyn yeshiva in 1946. He is befriended by Aaron, a boy with a stutter, and the two of them stand up to the bullies who make fun of them, Aaron because of his stutter and Daniel because of the small box (his only possession), with its terrible secret that he won't let out of his sight. Daniel, the young survivor, rarely talks, but the narrator, a stutterer who bears the taunts of the other boys, comes to consider Daniel his friend. The mystery of what is in the box propels this short film, but it is in the complex relationships of the school boys that the human story is revealed. In the end, Aaron, the stutterer, finds his voice and a friend in Daniel, and their bond offers hope for a future life of dreams realized, one in which Daniel is able to let go of his box.

4 Stars. Highly recommended. Video Librarian, Editor's Choice. Adapted from the titular 2012 YA novel by Anna Olswanger (who serves here as producer), filmmaker Tom Whitus's Greenhorn is based on the true story of 11-year-old Daniel (Giorgio Poma), who arrives at a Brooklyn yeshiva (a Jewish religious school) as an orphan of the Holocaust, carrying a mysterious box he will not let out of his sight. Daniel is befriended by stuttering school student Aaron (Leo Hojnowski), and the two form a friendship based on mutual respect. When the worst happens and the box is opened by school bullies-with the permission of the teacher-lives are changed. Set in 1946, a time when few were yet fully aware of what happened in concentration camps in Nazi Germany, Greenhorn is a powerfully moving film about family, friendship, faith, and renewal. Extras include a downloadable teacher's guide with learning objectives, discussion topics, research, and thematic questions. Highly recommended. Editor's Choice. / "Greenhorn is both a heartwarming and heartrending story of friendship and tragedy in the aftermath of the Holocaust." - David Adler. "A tender, touching celebration of friendship, family, and faith."-Karen Cushman, Newbery Medalist.