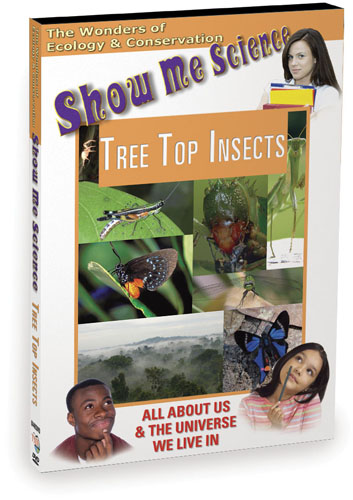 X
Please note you'll have 26 minutes of viewing time for this title, during the 24 hour period after your purchase.

The Ecology and Conservation Series covers topics from the Greenhouse effect, endangered species to Biodiversity. Students travel across the Globe, examining various species in danger and what is being done to protect them. Scientists have long recognized that tropical rainforests are home to the greatest biodiversity on Earth. However, Terry ErwinOs study of forest canopies was surprising; he concluded that there were up to twice as many different species in the tropical forests than previously estimated! His research led to the suggestion that as much as 90-95% of the wordOs organisms dwell in tree tops, and about 90% of those are insects. In this episode of Environment and Ecology, students venture into the forests to learn about its awe-inspiring cornucopia of life forms!