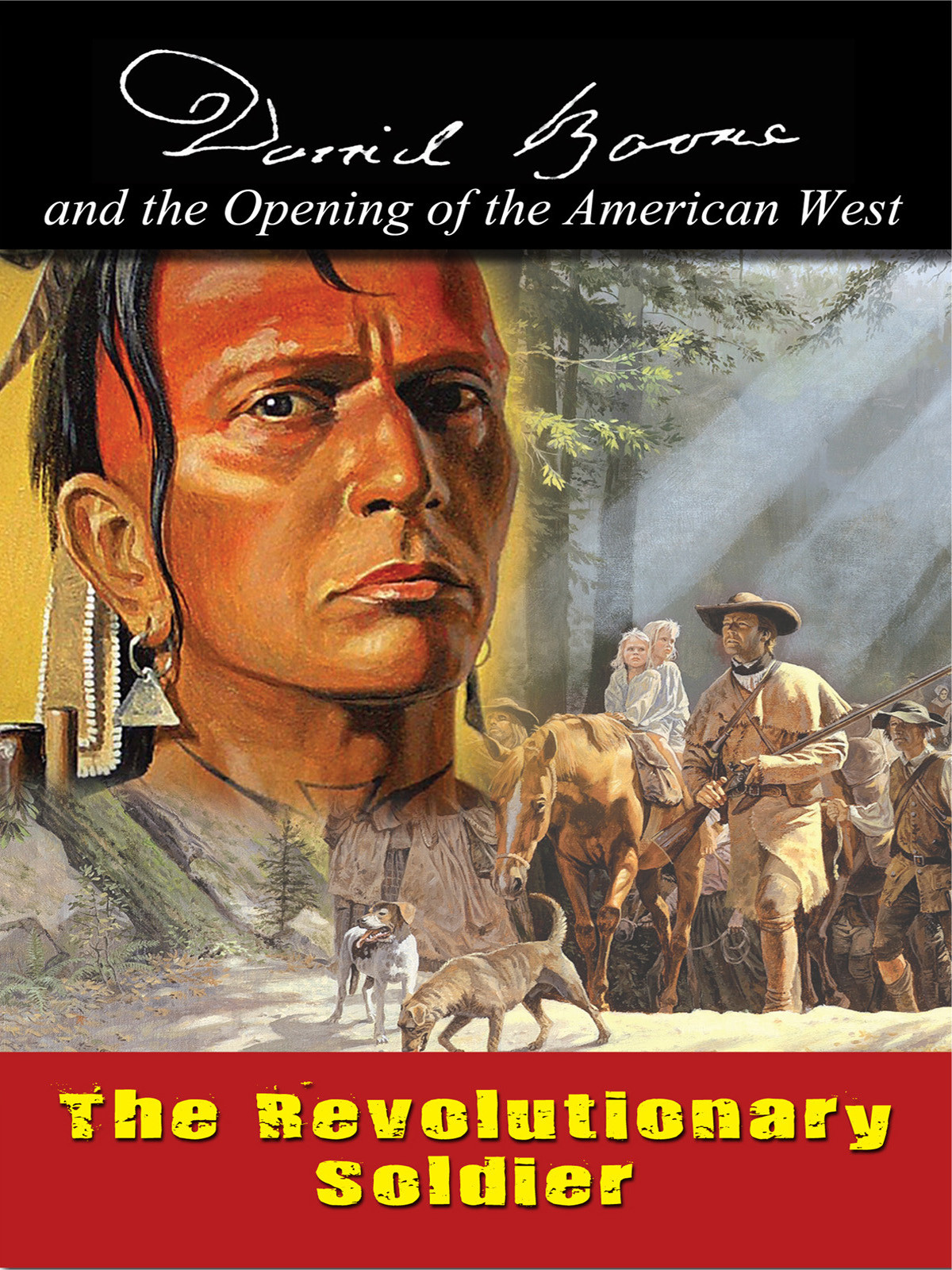 Daniel Boone and the Opening of the American West takes you back in time to the battleground that was the Kentucky frontier. It traces the life of Daniel Boone from his birth near Reading, Pennsylvania in 1734, through his years in Kentucky and to his death in St. Charles County, Missouri in 1820. Against the backdrop of the American Revolution, Daniel Boone explores an ordinary man living in extraordinary times who was destined to settle and defend the beautiful, but often fiercely unforgiving, wilderness of Kentucky that became known as Othe dark and bloody ground.O A vast number of Boone documents, portraiture and imagery are shown in this extraordinary documentary series, along with thrilling action scenes filmed at over thirty locations known to Boone in Pennsylvania, Virginia, North Carolina, Tennessee, Kentucky and Missouri just as Boone would have seen them. In The Revolutionary Soldier, Boone becomes a leader among those who have settled Kentucky in 1775. It explores BooneOs determination to protect and hold the settlements against relentless British and Native American attacks. Some settlements are eliminated in 1776 and 1777 due to horrific attacks, and in early 1778, Boone is captured by the Shawnee. He escapes to warn Boonesborough of an invasion of British and Native Americans. The Siege of Boonesborough in September 1778, the longest siege of a fortified station on the Kentucky frontier, is covered in detail, as is the trial of Daniel Boone after he was charged with treason due to the circumstances of his capture. Acquitted and elevated to the rank of Major, Boone returns to North Carolina to be reunited with his wife, Rebecca, and their children, who had left Boonesborough after BooneOs capture, believing he was dead.