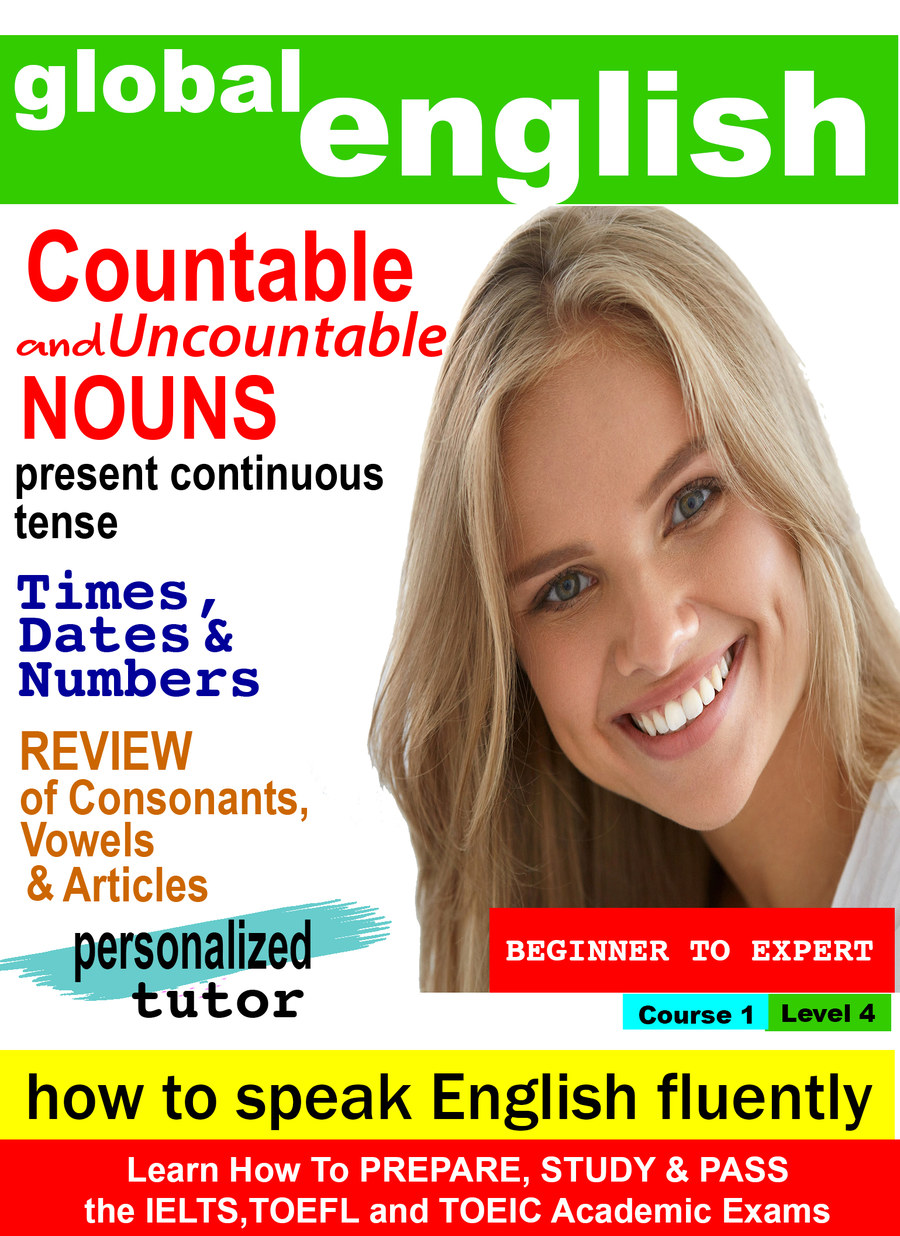 This lesson teaches Countable and Uncountable Nouns, Present Continuous Tense, Times, Dates & Numbers, Review of Consonants and Vowels, Review of Articles. A countable noun is anything that is large, you can count how many, or you can separate the items. We are going to look at these countable nouns, because they can have a singular or a plural including countable nouns with an es and s, ending and a consonant with a y at the end. A countable noun is something that is large, meaning you can see or identify the different ones. An uncountable noun is something that is too small to count. For example, water. Can you count water? You cannot. Water is an uncountable noun. We'll look at the words we use to identify, how much or how many of a noun when the noun is uncountable. An article is a, an, or the. You always have to have an article when you are looking at singular nouns, countable or uncountable. From there we'll talk about how much or how many and learn about numbers and dates and the days of the week. Finally we'll make the present continuous tense with the verb "be" and look at "sentences".