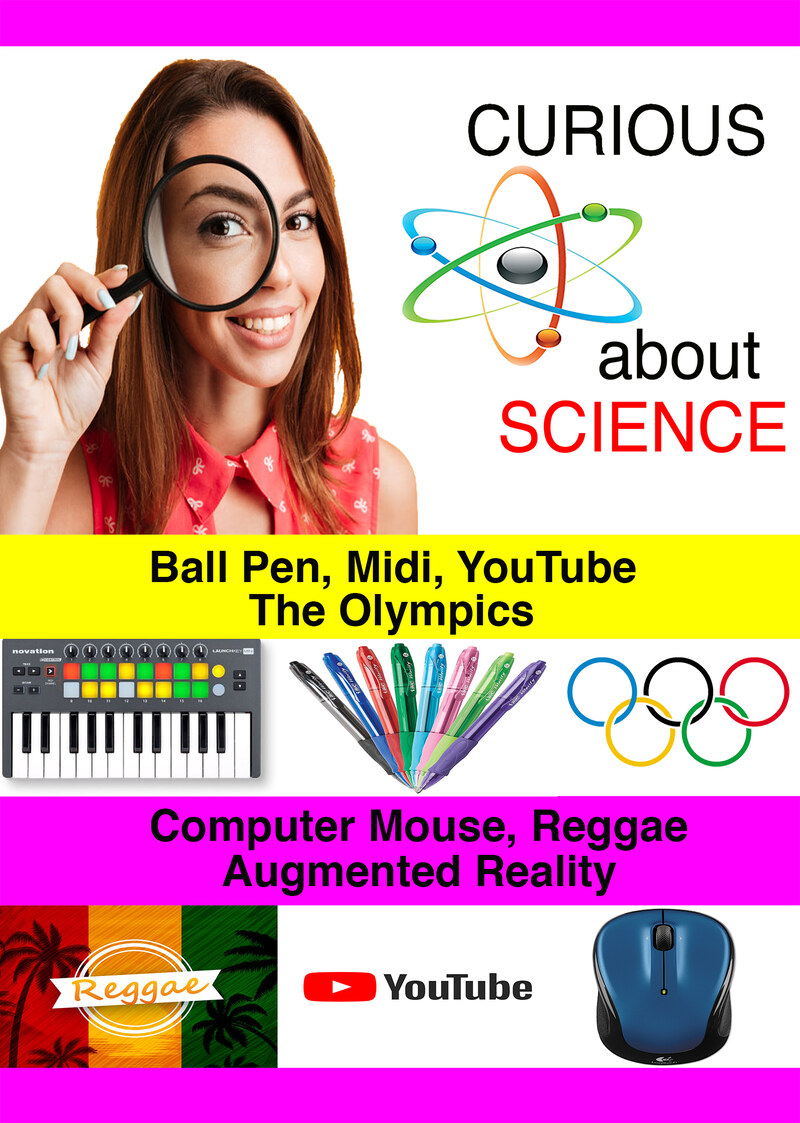 Ball Point Pen, Midi, YouTube, The Olympics, Computer Mouse, Augmented Reality, Reggae. Find out about the inner workings and origins of the things that pique your curiosity. Ball Point Pen: The first ball point pen was conceived around 1888 as patented by John Loud who initially designed a roller pen to use for marking leather. Midi: Midi stands for Musical Instrument Digital Interface. MIDI is the technical standard that allows a hardware instrument controller, such as a keyboard, to interface and connect with a computer. YouTube: YouTube was founded by three employees from PayPal, which was a site that managed payment systems. Their names were Chad Hurley, Steve Chen, and Jawed Karim. The Olympics: where all the world's top athletes come together to compete in the most popular sporting event in the world, the Olympic Games. Computer Mouse: For years, the mouse has become a ubiquitous device for computers. You can imagine how hard it is to use a computer for office work, art or even games without your trusty mouse. Augmented Reality: It's literally an enhancement or augmentation on our view of reality, using computers, cameras and sensors, our view of reality is augmented by a new layer of information. Reggae: The reggae movement started as an offshoot of folk Jamaican and ska music in the 1960s. The genre itself is deeply rooted in the Rastafari movement which is a Jamaican religion that has folk Afro- Jamaican and Christian influences.