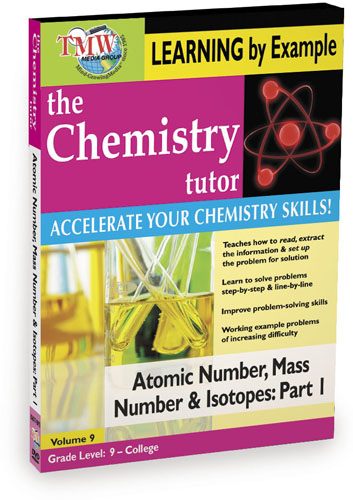 This program covers the very important topics known as atomic number, mass number, and isotopes. We begin by discussing the structure of the atom and how the atomic number is used to organize the periodic table. We discuss the mass number of an atom and how to write this down with the chemical symbol and the atomic number. Finally, we discuss isotopes and give examples that show that isotopes exist in nature and give rise to atoms with similar properties but different masses. The entire lesson is taught by working example problems beginning with the easier ones and gradually progressing to the harder problems. Emphasis is placed on giving students confidence in their skills by gradual repetition so that the skills learned in this section are committed to long term memory.