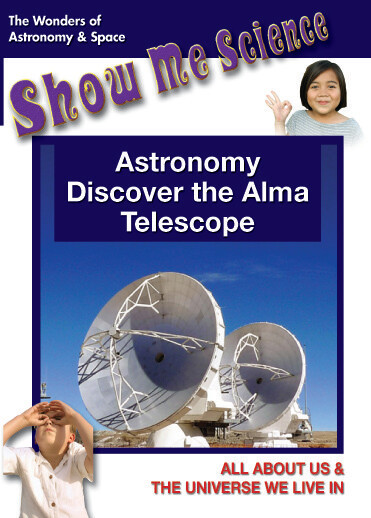 X
Please note you'll have 26 minutes of viewing time for this title, during the 24 hour period after your purchase.

The ALMA or Atacama Large Millimeter/Sub-millimeter Array is a powerful radio telescope observatory. The large array probes the first stars and galaxies and directly images the formation of planets. The ALMA is composed of 66 high precision antennas and has a much higher sensitivity and resolution than other telescopes. It has unprecedented sensitivity and resolution, giving astronomers incredibly detailed views of distant objects in space. Based in Chile, South America, The ALMA is an international astronomy facility operated by countries from Europe, North America and East Asia in cooperation with the Republic of Chile. The location was chosen as the home of the ALMA Telescope because a high and dry site is required for millimeter wavelength operations. The Array was constructed on the Chajnantor plateau at an altitude of 5,000 meters. It explores the physics of the cold universe and probes the first stars and galaxies.