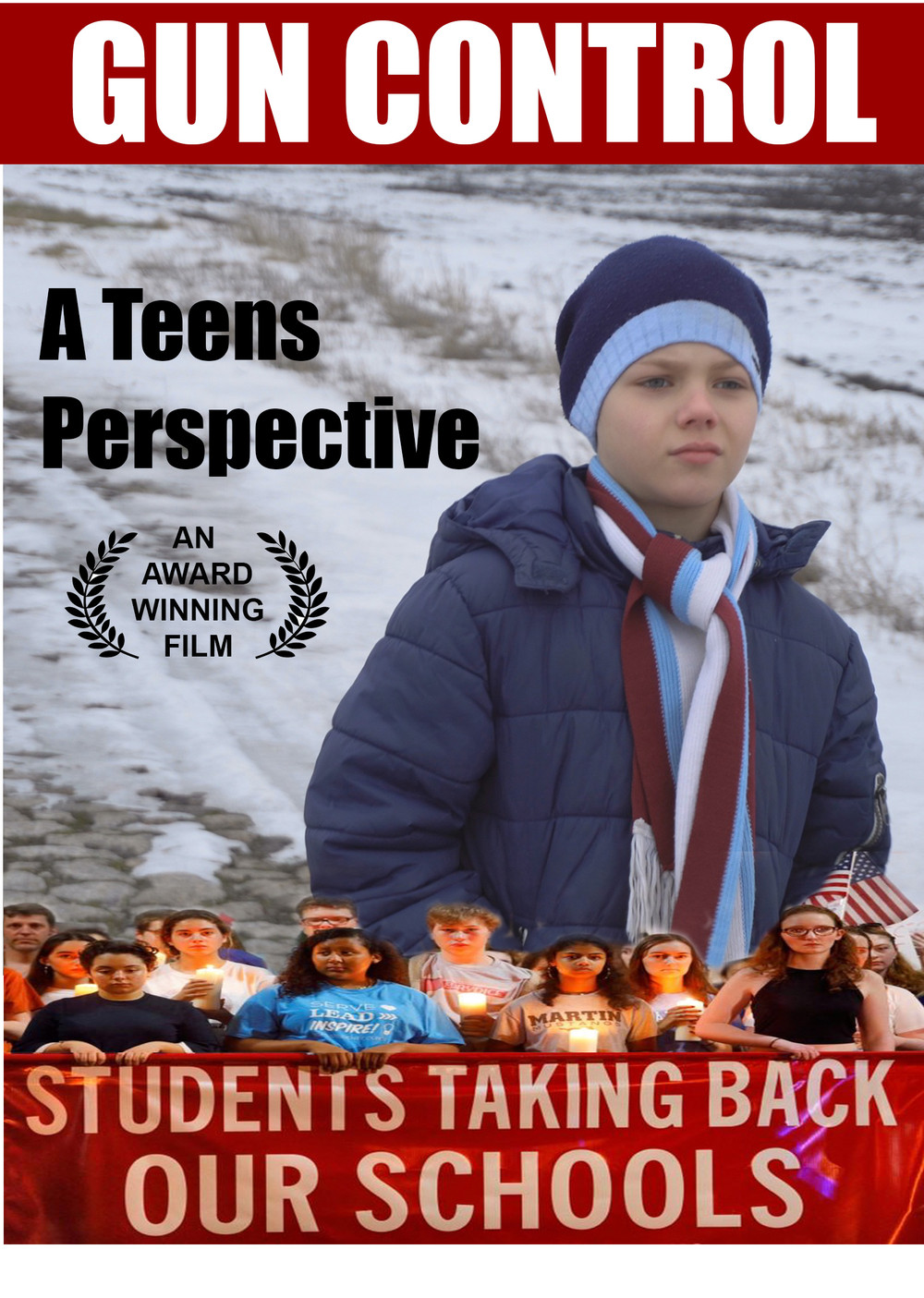 On a cold snowy morning, Billy rehearses his speech on rampage school shootings as he walks to school. Learn the constructive ways to discuss school violence, why school shootings continue, how to listen and respond respectfully, observe the victims of this growing epidemic and the solutions to better protect our youth. This is his story ... Dear classmates, my name is Billy and I live in a nice town with a strong sense of community. My father loves to hunt and wants his family to feel safe at home. All of his guns are registered and legally owned. He taught my sister and me the components of a gun and its proper use. My mom taught us how to think, not what to think. She feels knowledge is power and ignorance can destroy. It seems more and more difficult to have a conversation about rampage murders without being blasted with mantras and insults so I propose every conversation begin with the agreement that no one is going to take away your guns, nor is one group responsible for all horrific crimes and that we as citizens have the right to safety. America is a great country and welcomes all cultures, even the culture of violence. So let's examine the facts. The first amendment gives us the right to speak freely, whether or not others agree with our thoughts, but you can't incite a riot or lie to a police officer. The second amendment doesn't give everyone a right to every weapon. Rocket launchers aren't for sale. The Declaration of Independence says we're entitled to life, liberty and the pursuit of happiness. Polls show that nine out of 10 Americans favor a universal background check before a gun is purchased. "Guns don't kill people, people kill people." A baseball bat can kill, but a semi-automatic can kill lots of people in a short period of time. We regulate cars and install seatbelts and airbags to limit damage. What if a car was built with iron rods protruding 3 feet outward in every direction? Would that be allowed on the road? People must take a written and driving test to get a license. They can be ticketed or have their license suspended for disobeying the rules. The same should apply to gun owners. A car can mow over people on a road and we don't ban cars. A bomb can detonate killing hundreds and we don't ban its ingredients. A plane can crash into a building killing thousands and we don't ban planes. It seems the only way to stop a bad guy with a gun is a good guy with a gun. Research and simulations show it actually leads to more carnage. It's not like a video game. There is no easy analysis for school shootings except to say that violence is perceived as power and life is dispensable. Most school shooters came from a stable family and did well academically. Sadly, they are disturbed and lack empathy. They don't all wear trench coats and they are not all loners, but they are all narcissistic and obsessed with violence. However there is one thing in common with all shootings. They were pre-planned and pre-expressed to peers but the warnings were missed or ignored. We must realize a determined person will always find a way and a weapon. Banning guns will not solve the problem. Most all mental health issues are non-violent. Every parent should talk to their child, meet with their teachers, email their elected officials. Question everything. No more band aids on horrific wounds and broken hearts. We need to work toward answers to this aberration. No more loss of our freedom and rights to protect the status quo that like to be left to their own devices. Children are being exposed to war zones instead of exploring their inalienable rights. The world is how you make it. But "what does that look like?" As this program concludes, we see a class istening to Billy's speech. A lone shooter had approached the classroom and shot Billy dead. Billy's last words were Help Me. What kind of country finds it acceptable for a child's last words to be Help Me? We need a national moment of self-reflection. If you see something, say something. Each year, over a million students are threatened or injured with a weapon on school property. Consider adopting a Threat Assessment program. It takes everyone to make a community safe. Let America be known for valuing human life. Awards include - Accolade Global Film Competition Awards, Best Shorts Awards Competition, Indie Fest Awards, Action on Film Festival, Awareness Film Festival, Hollywood Dreams Film Festival, I Will Tell International Film Festival, Near Nazareth Film Festival, SF International New Concept Film Festival, VOB Film Festival, West Europe International Film Festival.