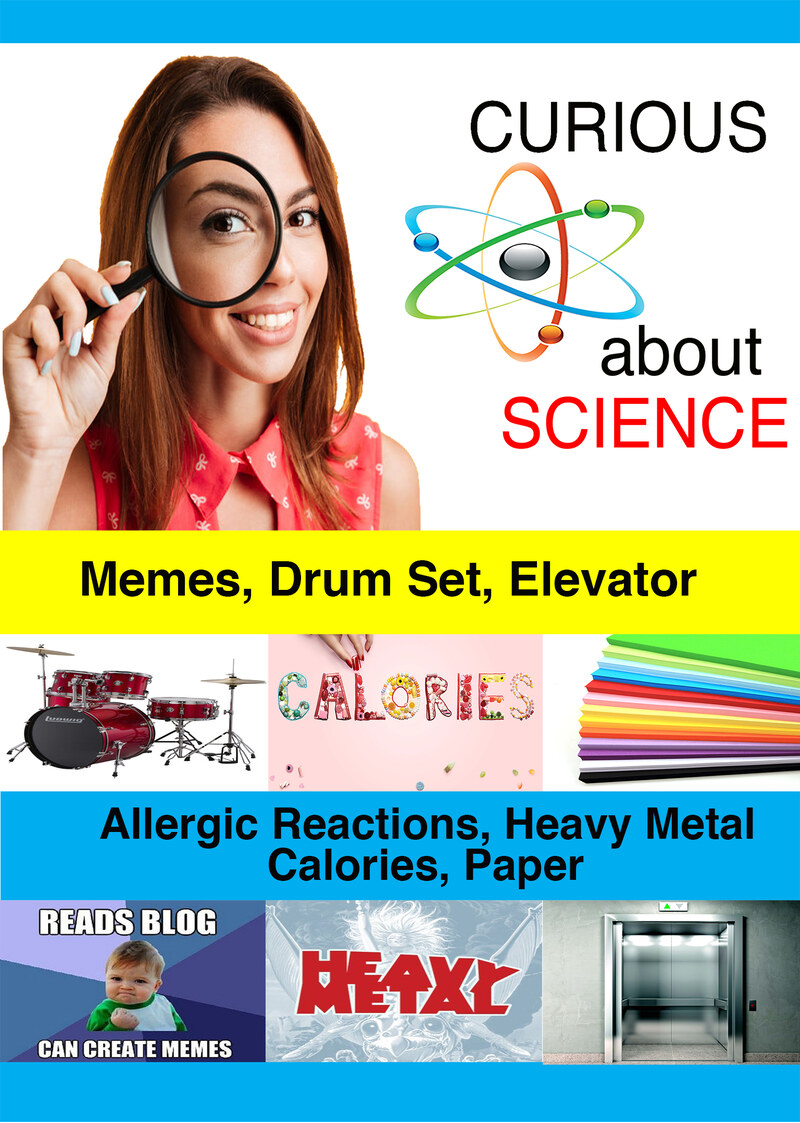 Memes, Drum Set, Elevator, Allergic Reactions, Heavy Metal, Paper. Find out about the inner workings and origins of the things that pique your curiosity. Memes: You often see them in social media. A seemingly random picture with a short line of text evoking a humorous and even sometimes a thought-provoking response-- well mostly. Drum Set: Drums and percussion for the most part is considered one of the earliest types of instruments probably second only to the human voice. Elevator: An elevator is basically a box and pulley system. Allergic Reaction: An allergy or an allergic disease is the condition that is caused by the hypersensitivity of the immune system to artifacts in the environment. Heavy Metal: Characterized by loud... loud instrumentation, blistering fast tempos and an aggressive in your face style. It's the music called heavy metal. Calories: Calorie is a measure for a unit of energy. In thermodynamics, a calorie is the measure of heat which as we all know is a form of energy. Paper: A precursor to the modern paper, papyrus was made from plant fibers during the ancient Egyptian times.