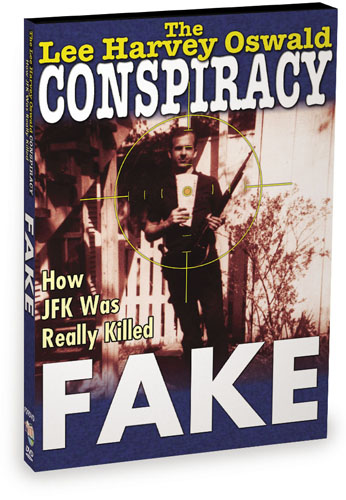 "If these photos are invalid, how they were produced poses far reaching questions in the area of conspiracy ...." - General Counsel to the House Select Committee on Assassinations, G. Robert Blakey. Join New York Times best-selling author Jim Marrs and award-winning photo analyst Jack White for a gripping look at one of the most famous photographs in history - Lee Harvey Oswald holding a rifle in his backyard. Used as a cornerstone in the case against Oswald as the lone assassin of President John F. Kennedy, the evidence presented in this Texas-produced documentary presents a compelling argument that this well circulated picture is a fake, a creation by super imposition from more that one photo. Jim Marrs is the author of a "Crossfire: The Plot That Killed Kennedy," a basis for the Oliver Stone film "JFK and Jack White presented his photographic analysis to the House Select Committee on Assassinations when they looked into the JFK murder. See the documentation indicating the photos used to convict Oswald in the minds of the American public are nothing more than clever fakes and then decide for yourself.