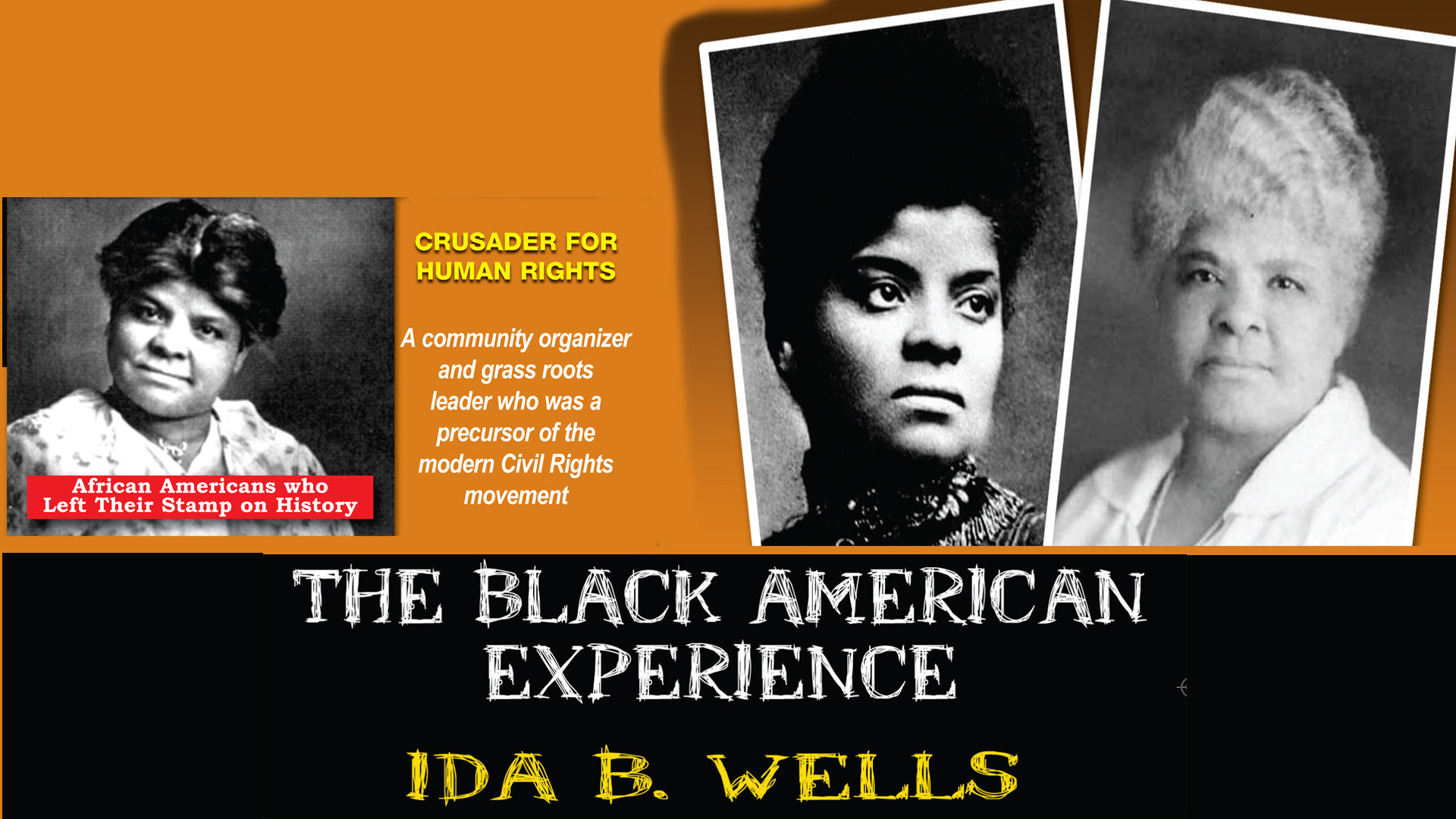 CRUSADER FOR HUMAN RIGHTS. IDA B WELLS walked the long road from slavery to freedom and equality. Born 1862 in Holly Springs, Mississippi to parents who were former slaves, she rose to challenge and strongly condemned American lynching in the South. Her work as teacher, journalist and human rights activist brought worldwide attention to this brutality. She was a community organizer and grass roots leader who was a precursor of the modern Civil Rights movement. Her inspiring story takes us from Memphis, to Chicago, Washington D.C. and England. From penning editorials and publishing the first expose on the horrors of lynching, The Red Record, to touring America and Europe as a speaker and protestor, Ida B. Wells was a true crusader in the fight to preserve human rights. Her relentless public battle against the injustices of lynching won her more enemies than friends in her time, but she is remembered today as a strong woman, tireless crusader and a true American hero. Bonus Material: Each program includes 24 minutes of Bonus material.

Black American Experience Series featuring African Americans who Left their Stamp on History. The Black American Experience Series celebrates 200 years of change in America. From children of slavery to the first African American elected President, this Series is an inspiring journey of courage, defeat and triumph that celebrates outstanding men and women who left their stamp on history. Their stories are a vivid reminder that Yes, We Can " overcome hardship and oppression through the strength of our beliefs and personal sacrifice. Each program paints an intimate portrait of historys most influential and inspiring players set against the most turbulent and changing times in American history. Bonus material included on each program.

BACK TO: Black Studies
NEXT TITLE