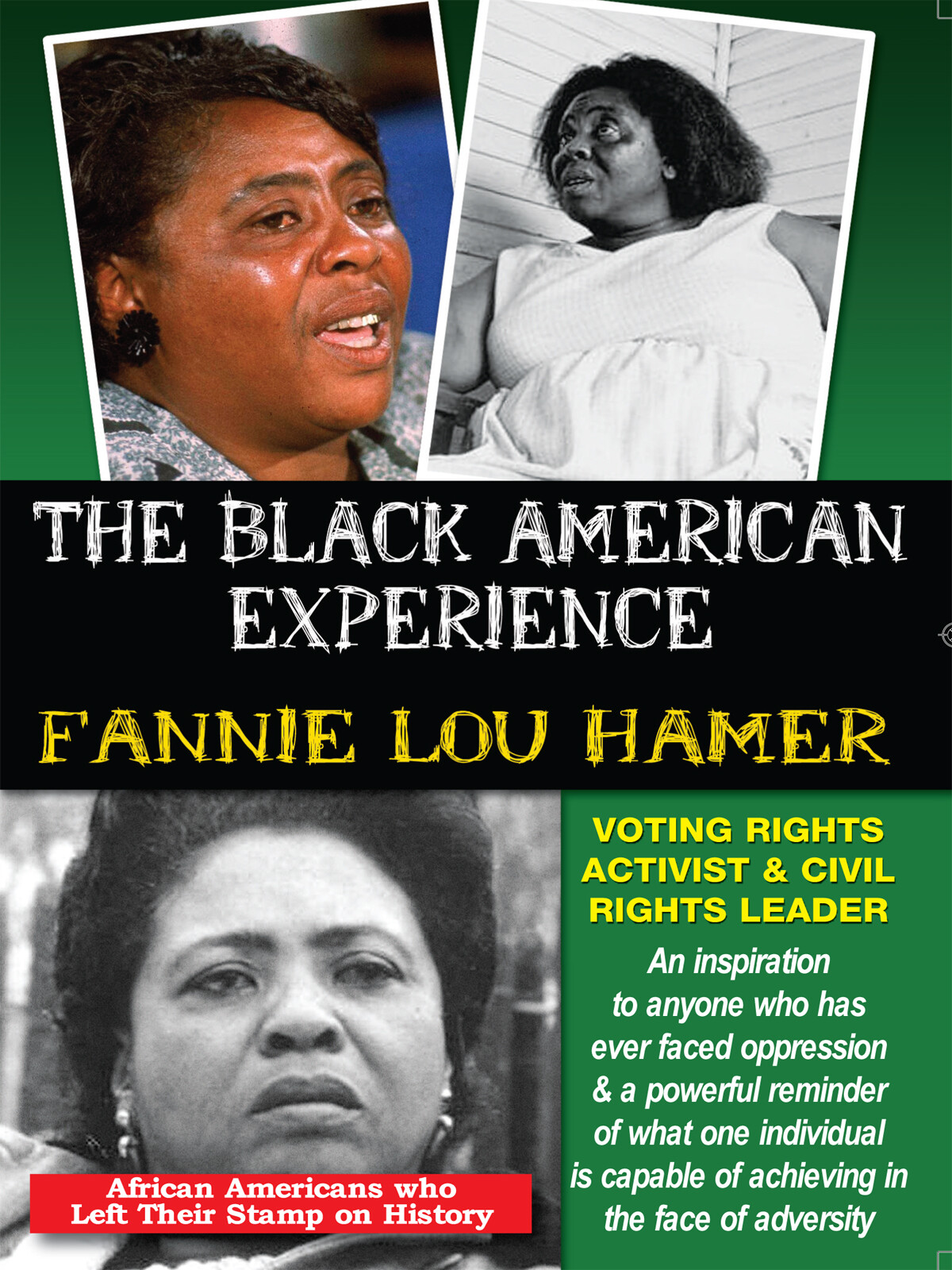 VOTING RIGHTS ACTIVIST & CIVIL RIGHTS LEADER. FANNIE LOU HAMER born in 1917 in Montgomery County, Mississippi was the granddaughter of a slave and the youngest of 20 children. Raised by hardworking parents who were sharecroppers, she was no stranger to poverty or hardship. An inspirational speaker and writer, she used her powerful voice to raise the cause of equality and freedom for all blacks in America and became a defining force in the fight against social injustice during the early years of the civil rights movement. In this rare documentary, her struggles and triumphs are expressed through Hamer's own words as well as those of friends and colleagues. While attending the 1964 Democratic National Convention, Fannie Lou Hamer posed the defining question: "Is this America? The land of the free and the home of the brave? Where we have to sleep with our telephone off the hook, because our lives be threatened daily because we want to live in peace as human beings in America?" She will be remembered for winning the right to vote for Black Americans and exposing America's poverty by giving a voice to those in need. This program is an inspiration to anyone who has ever faced oppression and acts as a powerful reminder of what one individual is capable of achieving in the face of adversity. Bonus Material: Each program includes 24 minutes of Bonus material.

An inspiration to anyone who has ever faced oppression & a powerful reminder of what one individual is capable of achieving in the face of adversity. One of the true icons of the Civil Rights movement. "Great program."