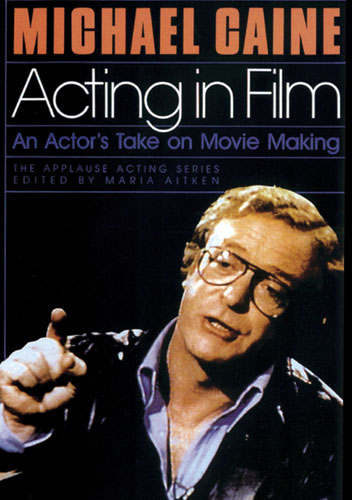 Academy Award winning actor Michael Caine, internationally acclaimed for his talented performances in movies for over twenty-five years, shares his personal insights into the art and science of film acting. Mr. Caine gives you a once-in-a-lifetime chance to rob him blind! The man whoOs hypnotized the camera lenses for a quarter of a century reveals the most closely guarded secrets on script preparation. working with the director, forming a character, voice, sound, and movement. Pearl by pearl he lays out the Caine wisdom on everything from set politics to set decorum, the film bureaucracy and more!

OWitty, articulate and always entertaining, Michael Caine takes the nuts and bolts of film acting to pieces and gives away more trade secrets in the process than you thought existed.O - The London Sunday Times. OA treasure ... I'm not going to look at performances quite the same way ... A grand entertainment with more drama than most movies ... He's a marvelous teacher ... A real clear-cut lesson that every critic should see and everbody who goes to the movies should see...O Gene Siskel, Siskel & Ebert